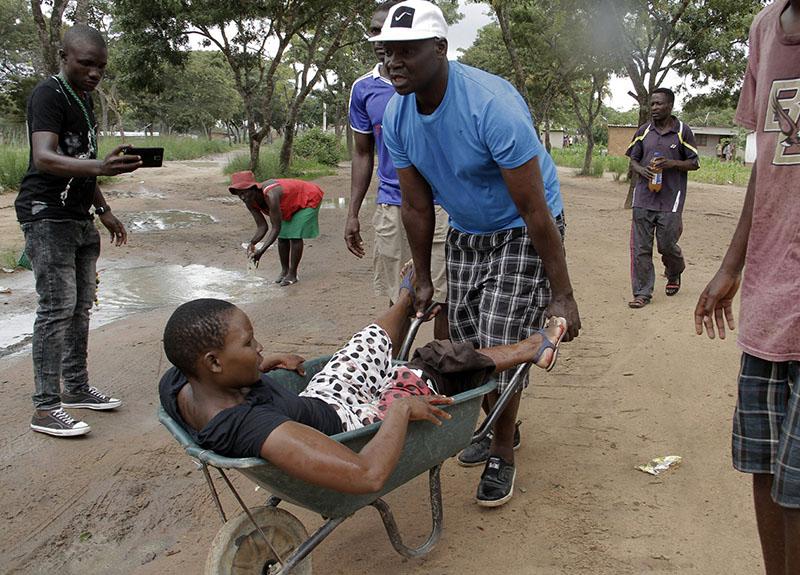 A woman with a wounded leg during clashes between protestors and police, is transported in a wheelbarrow, during protests over fuel hikes in Harare
Spread This News 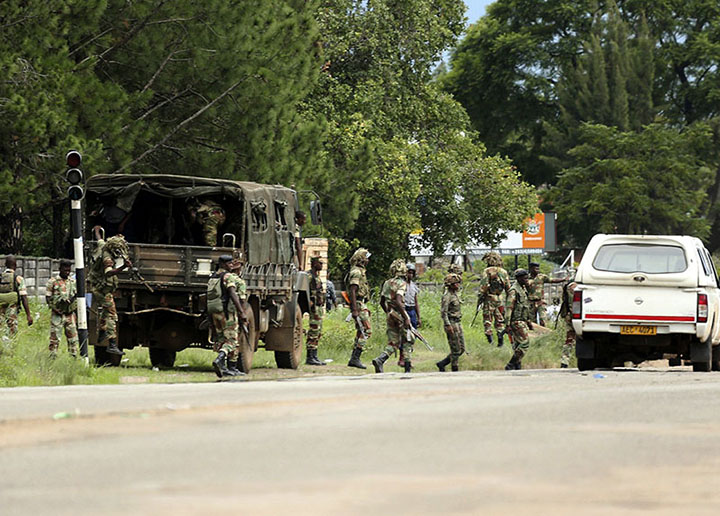 HARARE: Soldiers were Monday deployed in some urban areas where police clashed with protesters over fuel hikes, deepening the sense of crisis in a country whose economy is rapidly deteriorating.

At least 13 people were injured by gunfire and 12 were arrested, human rights lawyers and doctors said.

An Associated Press journalist saw three military trucks with soldiers headed for Chitungwiza, a large suburb southeast of Harare, the capital. Clashes between police and protesters have occurred in Chitungwiza.

The deployment of the military came one month after an official report said police and soldiers used “unjustified and disproportionate” force to kill 6 people during election protests in 2018. The report also said opposition leaders had incited violence ahead of the deployment of soldiers in Harare last year.

The military also left their barracks for city streets in November 2017 in a takeover that led to the ouster of leader Robert Mugabe after decades in power. 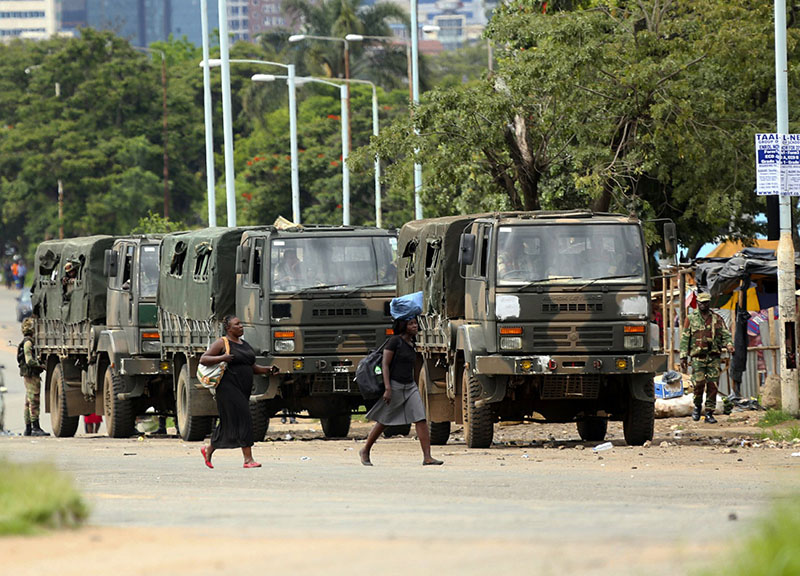 The military’s deployment Monday was criticised by the Crisis in Zimbabwe Coalition, a group of several non-governmental organisations.

“The move by the government to deploy armed police and soldiers against citizens exercising their democratic right to protests should be condemned in the strongest of terms,” the coalition said.

The government’s tactics “will serve to worsen the current crisis in the country while further alienating the country from the international community,” it said.

Those who were shot on Monday included a woman hit in the leg as she was heading home, according to an AP journalist at the scene. The woman was not involved in any protest when a police officer aimed his gun at her.

“We have videos showing those involved in the mayhem, we will arrest all those involved,” police spokeswoman Charity Charamba said on state television.

“People are allowed to demonstrate peacefully but what we are seeing is mayhem,” she said.

Children in school uniform joined the protests, which followed a weekend decision by the government to more than double the price of gasoline.

Police also fired tear gas at protesters in Bulawayo, Zimbabwe’s second-largest city, witnesses said. The city is a centre of opposition to the government.

Many people directed their anger at President Emmerson Mnangagwa, who took power after Mugabe was forced to resign but has not delivered on promises to revive the economy.

“Mnangagwa has failed, he must go,” one protester shouted. Others chanted opposition slogans and sang songs denouncing Mnangagwa, a former confidant of Mugabe who was elected as president in an election last year that the opposition said was rigged.

“He lied that our lives will improve, but things are getting worse by the day since he took over. Prices have been rising every day,” said protester Judith Chamambo.

Mnangagwa is currently on a visit to Russia and is planning to attend the World Economic Forum in Davos, Switzerland, next week to try to drum up international investment.

“For Zimbabwe to recover, we cannot go it alone,” the president said on the weekend. He announced a fuel pump price of $3.11 per litre for diesel, and $3.33 per litre for petrol.

Most businesses in the centre of Harare were closed Monday. Some briefly opened but had closed by midday, asking workers to return home.

Many had to walk because they could not afford prices charged by the few public transport vehicles on the road. Some schools also closed and asked pupils to go home.

The Zimbabwe Congress of Trade Unions, the country’s biggest labor federation, has called for a three-day strike this week.

Government spokesman Nick Mangwana said the opposition, civic groups and some foreign organisations are trying to use the fuel shortages and price increases to topple the government.