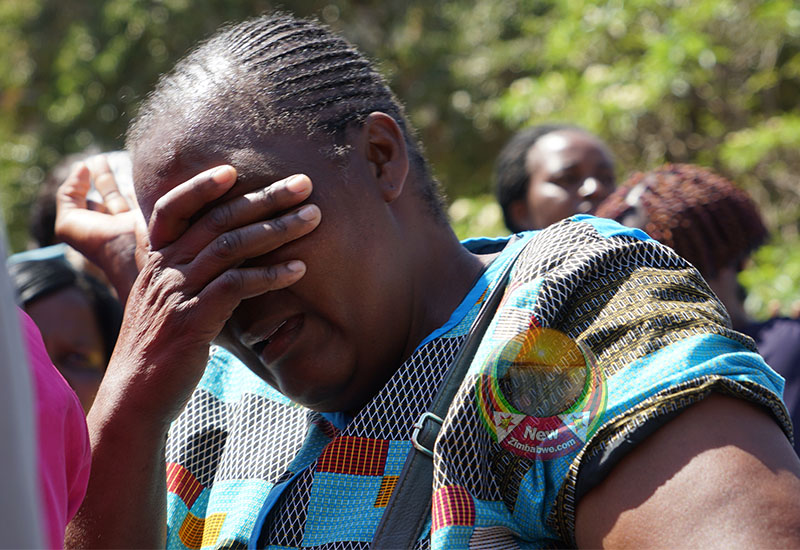 GOVERNMENT has deployed student doctors to help attend to patients as the crisis started by a strike action by junior doctors continued to affect Bulawayo’s major hospitals, Mpilo and United Bulawayo Hospital (UBH).

The government this week dismissed 77 doctors who have defied its directive to end their crippling job action which started September 3 this year.

The medical practitioners are demanding their wages to be pegged at the prevailing US intermarket bank rates and an improvement in their working conditions.

As the crisis persists, NewZimbabwe.com visited the two referral hospitals Thursday to find student doctors attending to patients while some unlucky patients failed to find anyone to assist them.

Some of the hospital wards were almost deserted with just a very few patients.

One woman from Zvishavane who identified herself as Gloria Marisa said she has been sleeping at UBH’s waiting rooms since Monday after she failed to find any doctor to attend to her son.

“My son has got problems with his appendix. I was referred to UBH to have him operated on.

“When I arrived here, I was told to buy medication and other theatre utensils in preparation for the operation.

“Up to now, my son has not been operated on because there are no doctors to assist him,” said Marisa almost in tears.

She said if her son was not assisted up to weekend, she has no choice but to go back home.

“I wish the disagreements between doctors and government could be solved as soon as possible.

“I have incurred a lot of expenses in trying to ensure my son is operated on, but nothing is taking place.

“My son needs to write his examinations next week and with this condition, he will not be able to do so. I am afraid something worse might even happen to him,” she said.

Another patient who identified herself as Lazarus Moyo, said he has failed get medical attention at the hospital since last week.

“I have got breathing problems. I am also a high blood pressure patient.

“Since last week, I have been coming here with hopes I may be assisted. I have been seeing nurses who have been giving me painkillers only,” said Moyo.

He said his children are already planning to take him to South Africa for urgent medical attention.

NewZimbabwe.com could not readily establish how many doctors have been sacked at the hospital as the institution’s Clinical Director, Dr Narcisius Dzvanga was said to be locked in meetings.

At Mpilo, the situation was also dire with some patients going back home without being attended to. Most of the wards at the hospital had fewer people.

One patient at the hospital, Nancy Gumede said she failed to get any assistance when she came for a review.

“I was involved in a road accident sometime in April this year. I have got steel rods inserted in my legs. I wanted to see orthopaedics for a review,” she said.

Gumede accused the government of being insensitive to the plight of suffering patients.

“The government should pay the doctors the money they are demanding. We cannot continue to suffer like this,” said Gumede.

Secretary for Mpilo Hospital Doctors Association Dr Mthabisi Bhebhe said the doctors’ next course of action will only be known after they have met.

The Secretary for Women’s Committee in the Zimbabwe Congress of Trade Union, Barbara Tanyanyiwa urged the government to address the situation in hospitals, saying women have been affected most by the crisis.

“This is not the time for government to fire doctors. The government should pay doctors a decent salary because they work under very difficult situations.

“The country is definitely going to have high mortality rates because of government’s failure to address this issue of doctors,” said Tanyanyiwa.