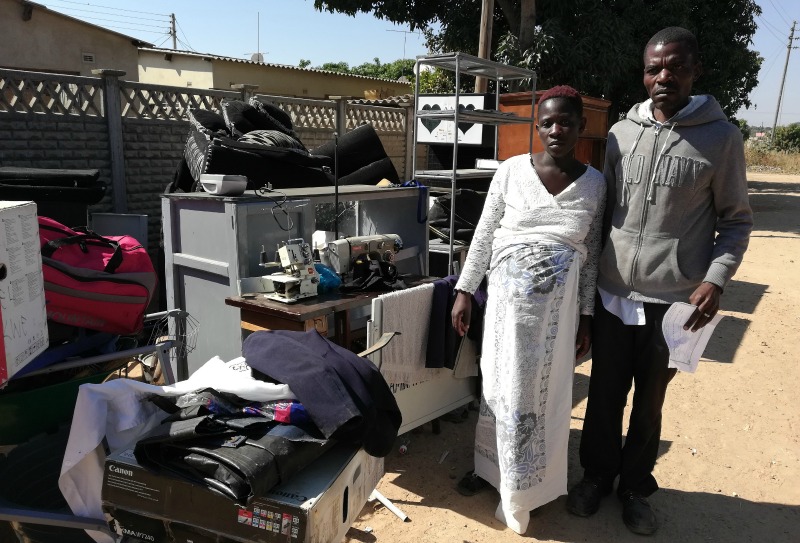 Kwekwe: A civil servant and his pregnant wife now due to deliver are sleeping in the chilling winter cold here after they were thrown out of their lodgings for failing to settle their rentals in US dollars.

Government has outlawed the use of forms of foreign currency for local transactions.

Learnmore Mlandeli, a local government ministry employee in Kwekwe, said he is now forced to brave cold nights with his pregnant wife.

“My landlord is insisting that I have to pay for my rentals in US dollars which I cannot afford,” he told NewZimbabwe.com.

“Even though government abolished the use of the US dollar as legal tender, my landlord still ordered me to pay US$50 for my accommodation.

“I cannot afford that amount as my government salary is just 400 Zimbabwe dollars.”

Mlandeli said he was only given a five-day notice to find alternative accommodation.

“I told my landlord that I was going to secure alternative accommodation. He however kicked me out of the house only after five days after he ordered me to pay in US dollars,” he said.

“After being kicked out I had to brave the chilling cold with my pregnant wife in the open. I am saddened by that my landlord did not even consider the condition of my wife who is supposed to go into labour.”

The couple has two other children who are still minors.

The children, who attend school, are being looked after by neighbours.

“I don’t know what I will wrap my baby with after my preparation bag was thrown into some water when we were being evicted,” she said with tears in her eyes.

“The relationship between a provider of a service and a consumer is always based on willing offer and willing taker.

“The landlord however, is bound by contract law that says termination of contract between tenant and the landlord must be upon three months’ notice.

“It is therefore unlawful for one to give someone five days’ notice and more so, evict them before the time has lapsed.

“It remains inhumane to have a pregnant woman being kicked out at midnight in winter under unlawful circumstances.

“While the landlord has the right to terminate the contract, it must be within the limits of the law,” Chikwinya said.