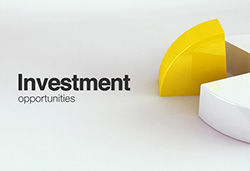 THE government has set up a one stop investment centre which will be supervised by the office of the president and cabinet.
The idea was mooted years ago when former president Robert Mugabe was still in office but never implemented.
However, principal director for fiscal policy in the ministry of Finance Pfungwa Kunaka said Emmerson Mnangagwa-led government recently set up a structure to handle investment matters in the “new dispensation” following Mugabe’s ouster.
“There has since been established at government level an inter-ministerial committee that is going to work for the time being as a one stop centre for investment,” said Kunaka addressing delegates at the Zimbabwe Diaspora Investment Group (ZiDIG) dinner last week in Harare.
He added, “One brief of that structure of government that is chaired by the deputy chief secretary but reporting to the chief secretary and straight to the head of state is to process investment proposals.”
Kunaka said President Mnangagwa’s government is emulating Rwanda which has become one of the fastest growing economies in Central Africa with a Gross Domestic Product growth of around eight percent per year between 2001 and 2014.
“We understand that in Rwanda, in six hours, you can have an investment registered. We are trying to move in the same direction,” he said.
Mnangagwa is on a serious investment drive to revitalize a distressed economy since taking in office in November last year.
Zimbabwe’s manufacturing sector capacity dropped to critical levels leaving the country as a net importer of commodities. Economists attributed the economic failure to poor economic policies and corruption under Mugabe’s watch.
“There is nothing as frustrating as a treasury official presiding over an economy that is not growing, were you can’t mobilise resources for the betterment of our people, investment promotion etc,” said Kunaka.
“We are really indebted to the head of state for pronouncing himself squarely on investment promotion.
“I can confidently say in the next two or so weeks, our minister of finance has been assigned by the head of state to be in Europe where his brief is to talk to investors, the international world out there.”
Harare mayor Bernard Manyenyeni said the electoral time table always works against the country.Advertisement

“We are five months away from elections and that messes things for us. I am sure you (ZiDIG) can make sure that contracts are signed and sealed, and projects start regardless of electoral processes,” he said.
The group, formed by business minded Zimbabweans in the United Kingdom, was in the country on a trade mission. It met with key government officials and industry captains to explore investment options in Zimbabwe.