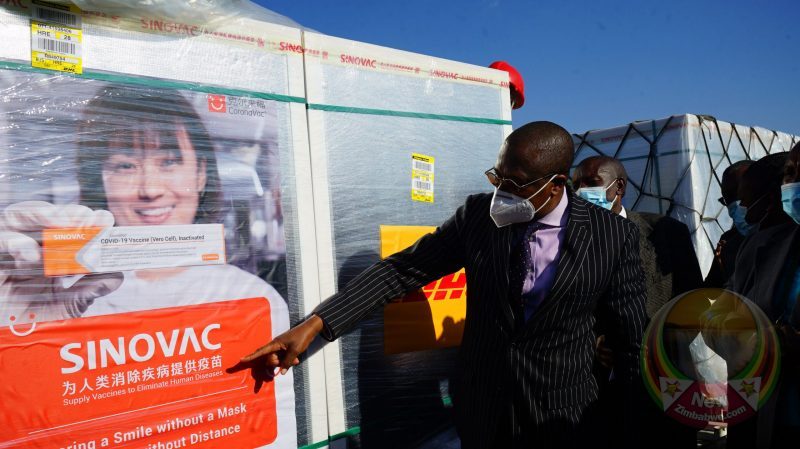 THE government has nearly exhausted the US$100 million facility for the Covid-19 vaccines after purchasing 12 million Chinese made doses enough to inoculate six million people.

The government has announced an ambitious target of inoculating 10 million people by December and achieve national herd immunity.

The complete vaccination of an individual requires two shots in the arm.

In January this year, the government through Treasury announced it had budgeted US$100 million for procuring Covid-19 vaccines.

However, speaking at the Robert Gabriel Mugabe International Airport Sunday, Finance Minister Mthuli Ncube, who was in the company of Deputy Health Minister John Mangwiro, receiving an extra one million doses of the vaccines, announced the government had to date purchased 12 million doses.

There has been a massive uptake for Covid-19 vaccines in recent weeks following the detection of the deadlier Delta variant, which has seen new cases of infections and deaths rising in the country.

“In addition to that we have paid another US$7.5 million for the acquisition of the vaccines from the AU (African Union) facility, and we are still going to receive another 1.5 million doses from Covax.”

Mangwiro said the police stations were now used as vaccination centres to speed up the inoculation exercise on the back of huge turnout at various health centres across the country.

“The vaccination is no longer happening at government hospitals only, council clinics are vaccinating, police stations have also been asked to act as vaccination centres.

Zimbabwe’s inoculation exercise started in February with a very low uptake as conspiracy theories were made around the efficacy of the Chinese made jabs, the Sinovac and Sinopharm.

Meanwhile, the Health Ministry said Sunday it had recorded 617 new cases and 44 deaths on the day.