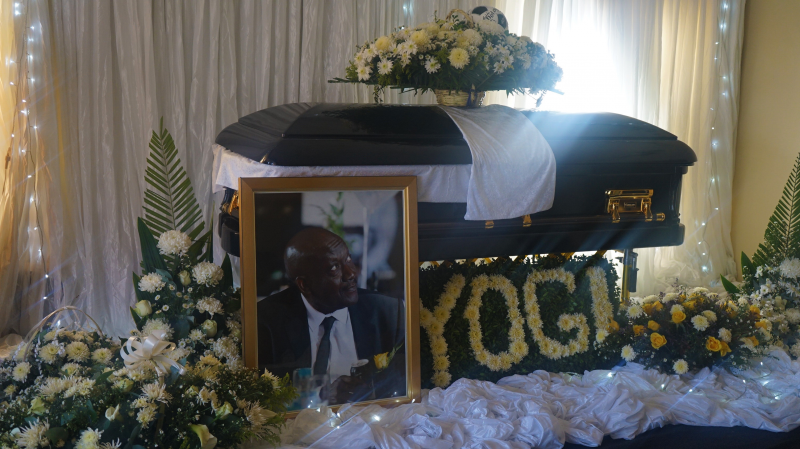 However, senior government officials snubbed the burial despite a request by the national mother body, ZIFA to confer Mandigora national hero’s status in recognition for his sterling work as a footballer, and coach for the national team.

Speaking at the funeral, Mandigora’s daughter, Leah, dismissed claims that the late was diabetic and said he died from a peripheral vein disease which is a blood circulation disorder.

“Daddy was suffering from peripheral vein disease, which means that his blood veins were not working properly. So blood circulation from the legs to the heart was difficult,” she said in an emotional send-off.

“This is what affected his leg the first time and I think this time around it was affecting the second leg, but because we did not see signs of his leg going green or black we thought he was okay, and in my view, I think his system started shutting down slowly because of lack of oxygen flow. I am not a doctor but this is what I observed.”

Yogi was the seventh child in a family of 10, and the only sibling who was present at the funeral was his brother Thomas Mandigora, a former chief executive at the state broadcaster, ZBC, and also ex-Zimbabwe’s ambassador to Botswana.

Most family members are based in the UK.