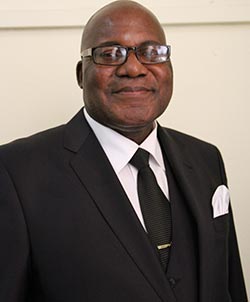 THE government has entered into partnership with a London Stock Exchange listed mineral company to start a unique mine in Hwange district, Matebeleland North.
The partnership is between the ministry of Youth Indigenisation and Economic Empowerment, and Premier African Minerals who have formed RHM Tungsten on a 51/49 percent arrangement in line with the indigenisation laws.
The joint multi-million dollar mining company, RHA Tungsten has already started exploration work for tungsten mineral in Dinde area, outside the coal mining town of Hwange.
The actual mining activities are set to start next month, according to Premier African Minerals CEO, George Roach.
Although not very common with locals, tungsten is a hard mineral with a high melting point of 3,500 degrees Celsius. It is used for industrial manufacture of other metals such as aeroplane turbines and blades and light bulbs filament.
About $4.5 million has been invested by Premier African Minerals for setting up of the mining plant while millions more have been spent on exploration work which has span over a number of years, Roach said at the mine site on Friday.
“We have been working on the project for some years now. The mineral is there and what we are doing now is finalising the paperwork. We are dealing with a local company which is getting the equipment from Johannesburg and it will be assembled here on site,” he said.
Roach said already 100 people were employed on the site and the number is set to increase once underground mining starts next year.
Youth minister Chris Mushohwe led a delegation from his ministry for a tour of the mine during which he said government would not go back in enforcing indigenisation and empowerment laws.
“This is our first time to visit the mine. We listened to their presentation where they made an undertaking which as government we will monitor closely.
Government got the 41 shares under the auspices of the National
Indigenisation and Economic Empowerment Board (NIEEB) and National
Indigenisation and Economic Empowerment Fund (NIEEF) which are there
to raise funds for black empowerment.
“This is a strategic partnership in which they have 49 percent and NIEEF has 51 percent shares. The function of NIEEF is to provide warehousing for funding which should be used to acquire shares for use by indigenous people,” said Mushohwe, adding that the government considered RHM Tungsten a huge investment for blacks.Advertisement

The mine is situated on a 220 hectare piece of land but the firm is engaging to increase to 1,000 hectares.
The current deposits on the 220 hectares are earmarked to last for a decade before the mine can spread to the other land.