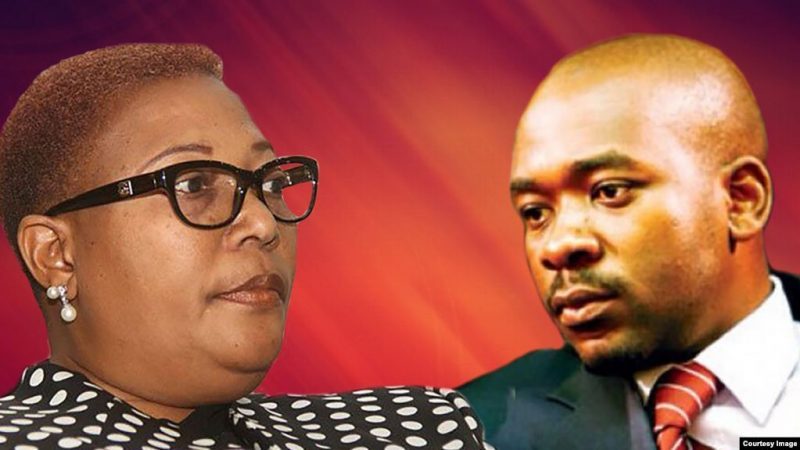 GOVERNMENT has invited the MDC Alliance and MDC-T to grace the SADC Anti-Sanctions commemorations set for 24 October.

Due to the Covid-19 pandemic, it remains unclear where the commemorations will be held but Zanu PF will hold an e-gala in Bulawayo.

However, secretary of information Nick Mangwana has said the government had invited an invitation to the MDC-T led by Thokozani Khupe and Nelson Chamisa’s MDC Alliance to add their voices against sanctions.

The West and the US imposed sanctions against Zimbabwe at the turn of the millennium accusing the Zanu PF regime of failing to obey the rule of law and implementing economic and political reforms.

The West insists it willing to remove the sanctions if Harare implements the reforms.

However, Mangwana confirmed the government had joined hands with different stakeholders such as businesses, churches, political parties, and civil society for this year’s commemorations.

“We have joined hands with other progressive stakeholders such as business, political parties, and civil society to hold this year’s anti-sanctions e-gala. We extend an invitation to the MDC-T and MDC-A and others to come and give a shout against sanctions,” he said.

Meanwhile, in the House of Assembly on Tuesday, Tapiwa Mashakada, the MDC-T secretary for finance and economic affairs, who is also the Hatfield MP, said the opposition was opposed to economic sanctions against Zimbabwe.

Mashakada said Khupe, as the chairperson of the Political Actors Dialogue (POLAD) international re-engagement committee, was meeting the West to ensure the punitive measures were removed.

“Dr Khupe has been doing a lot of work to try to assist in re-engagement and engagement so she must be supported to assist in that regard. However, those issues must also be addressed as I have highlighted so that we have no excuse for any other country continuing to maintain sanctions on Zimbabwe,” he said.