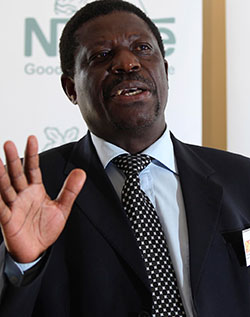 HARARE: Government has issued over 6,000 import certificates, with three quarters of those for South African products, five months after it tightened the flow of imports to curb dumping of substandard products onto the local market.
The southern African country enforced a Consignment-Based Conformity Assessment (CBCA) programme in March this year under Statutory Instrument 132 of 2015 to ensure that the goods imported into Zimbabwe comply with accepted quality.
A French company Bureau Veritas, has been contracted to enforce the import standards.
South Africa is Zimbabwe’s largest trading partner, accounting for about 70 percent of imported goods in the southern African country and over 60 percent of its total trade, official figures show.
“It has been observed that most certificates were issued on imports coming from South Africa constituting 75 percent, followed by China, and the rest of the world,” said the minister of Industry and Commerce Mike Bimha at the launch of Bureau Veritas office in Harare.
A total of 6,004 CBCA certificates have been issued so far, Bimha added.
The import policing programme has seen a general improvement in quality and the number of consignments failing to meet standards has fallen to 44 percent from 67 percent since March when it started.
About 58 percent of the accepted imports are for chemical, machinery and food products as well as electrical equipment.
The majority of failures are mostly electrical equipment and machinery, plastics and chemical products, Bimha added.
Zimbabwe has been battling a tide of cheap and predominantly substandard products from China and neighbouring countries, which has pushed its own manufacturing industry on the brink and widened its trade deficit.
In 2015, it registered a trade deficit of $3,3 billion, about a fifth of its GDP, after exports for the full year to December amounted to $2,7 billion against imports of $6 billion.
A similar trend is expected this year as the manufacturing sector remains flat amid a worsening cash shortage.Advertisement