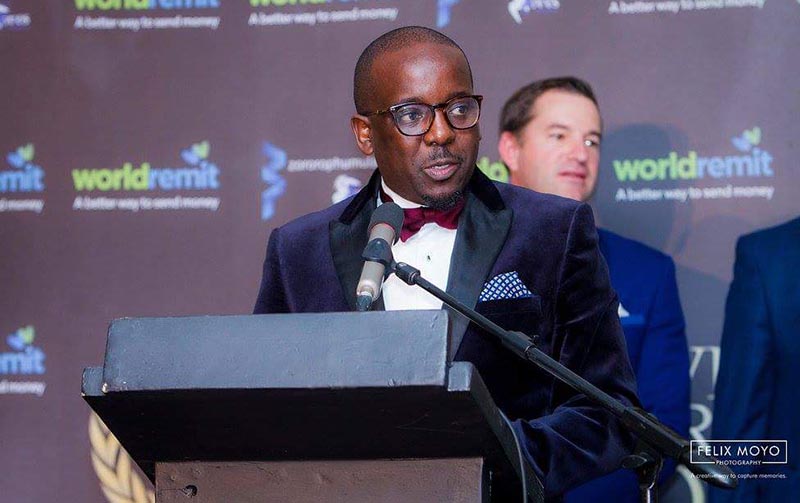 This comes after Mwanza earlier in July announced he would be stepping down as ZAA chief executive, a post he occupied since the awards inception a decade ago. His successor will be announced on December 1.

In 2010 he founded the ZAA in the United Kingdom which celebrates Zimbabweans across the world with outstanding achievements in the arts, business, innovation, sport and community.

In a speech, Mutsvangwa extended gratitude to Mwanza for coming up with the noble idea to recognise outstanding Zimbabweans abroad.

She said: “The ZAA is a befitting platform to celebrate the achievements of Zimbabweans who are known for their remarkable work ethics and warm demeanor. I would like to thank Conrad and team for a remarkable concept and excited to see it now in full fruition.”

“Throughout your tenure, ZAA has grown and found a home all around the world. Your great work in celebrating the Zimbabwean diaspora is commendable. We appreciate you for all you have done,” she said.

Zimbabwean ambassador to the United Kindgom, Christian Katsande said the ZAA has played a huge role in the country’s re-engagement drive.

“The bringing to the fore of important digital technology has broadened the scope of our initiatives to re-engage the world and ZAA has been a key part of uniting that community,” he said.

Another diplomat, David Hamadziripi added: “I would like to commend Mr Mwanza for creating lasting linkages between Zimbabweans and various influential players from around the world through the ZAA.

“He is a hard-worker and a patriot who has used a model to recognize the capabilities of Zimbabweans and inspire many to use the best of their talents and gifts.”

Mwanza was recently bestowed with a surprise special recognition award for his work at the ZAA by the Elite Circle Group.