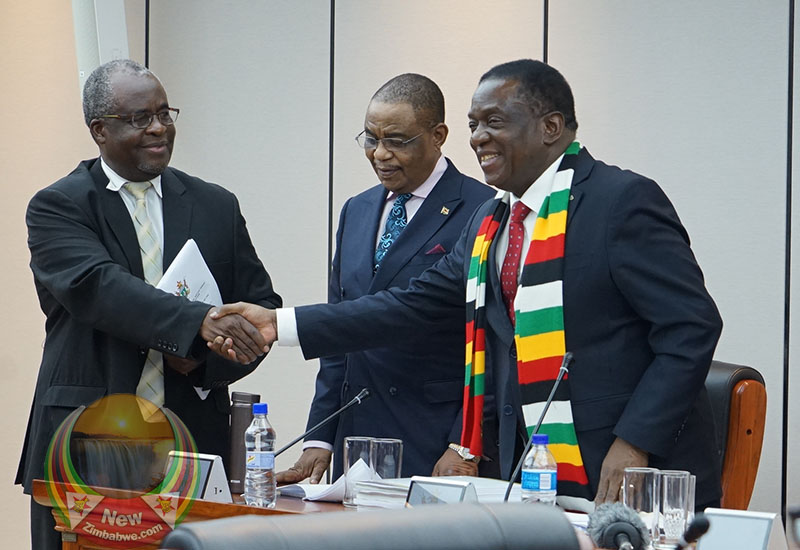 GOVERNMENT has lost close to $3.5 billion through non-payment of intrinsic value on land for urban residential stands by developers.

Presenting the findings of the Commission on Inquiry into the sale of State land in and around urban areas since 2015, Commission chair, Justice Tendai Uchena said the Local Government Ministry has a responsibility of valuing all the land handed to local authorities and to recover the money.

“The Commission established that the Ministry responsible for Local Government has a responsibility to value all the farms handed over to it and recover the monetary value from the local authorities, developers and cooperatives in the form of intrinsic value,” said Justice Uchena

“However, the Ministry responsible for Local Government has not been able to value all the farms utilised for urban development.”

Justice Uchena also said the Commission’s computation of the total value of the farms, according to the Ministry, amounted to USD3 004 368 931.

He added that the government has only recovered not more that 10 percent and was owed close to 3 billion dollars.

“However, the government of Zimbabwe has recovered less than 10% of the intrinsic value of the land and is owed almost three (3) billion United States Dollars by beneficiaries of urban state land. To be exact, the total full prejudice to the State stands at USD 2 977 072 819,” he said.

Justice Uchena also asked President Emmerson Mnangagwa to deal with issue of “abuse of political office in the allocation and appropriation of urban state land; and use of names of top ruling party leadership to exert undue influence on Government institutions and processes.”

Addressing the members of the Commission, Mnangagwa said the findings have shown that the government has failed to exercise its mandate over state land to extent of losing billions of dollars.

“This exposes the weakness of government itself of having failed to exercise their mandate over state land which they ought to have done,” said Mnangagwa.

He has promised to deal with the rot in his government and allow bodies such as. Zimbabwe Anti-Corruption Commission (ZACC) and National Prosecuting Authority (NPA) and Zimbabwe Republic Police (ZRP) to investigate and arrest perpetrators.

“As you have indicated, you believe that the role of the police, NPA and ZACC should also play a part. We will make sure each entity finds a role to play in the process of correcting what has gone wrong,” he said.

He urged people in the government to stop abusing state land since the government continues to lose a lot of money due to corruption and abuse of office.

“Officials should also be able to stop now continuous abuse of state land now that we know what happens,” added Mnangagwa.