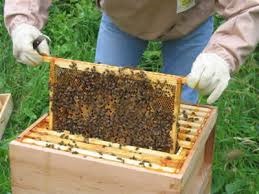 LACK of adequate finance and technical support from government have been cited as major impediments to the development of the beekeeping industry in the country.
Beekeeping farmers recently said legislative restrictions and growing government marginalization of the sector are key issues that are slowing down its growth.
They said inconsistencies in legislative framework that support beekeeping and confusion around the administrative authority of the Bee Act, were hampering growth of the critical component of the farming sector.
Bee keeper and senior trainer with Bee keeping Association of Zimbabwe, Chipo Dube, said government was neglecting bee keeping players yet the sector has the potential to employ thousands of jobless youths through self-help projects which can generate revenue to help grow the economy.
“Confusion around administration of Bee Keeping Act is not helping bee keepers in anyway,” Dube said during the Participatory Market Systems Development meeting held in Mutare.
Food and Agricultural Organisation (FAO) coordinator and national manager of the Forest Forces, Maxwell Phiri, said even though farmers are producing honey, issues of capacity building, marketing, pricing, quality control and capital were a major challenge.
“Government and financial institutions must revive interest and seriously support beekeeping farming business which is operating at below capacity.
“Farmers are producing honey without knowledge of the market. Issues of pricing and quality of honey are being distorted by farmers. There is serious lack of quality control for honey in Zimbabwe.
“Most farmers are producing honey with moisture content that exceed 20 percent and this not acceptable,” said Phiri.
He said the recommended moisture content is between 12-18 percent. Phiri said local beekeepers have the capacity to produce enough honey to satisfy the local market provided they receive adequate resources and support.
Environment Africa(EA), provincial manager for Manicaland, Lawrence Nyagwande, said there are over 2 500 bee keepers in the province and more than 4 200 hives of which 3 360 are traditional while the rest are Kenyan Top Bar hives.
He said a total of 9 000 tonnes of honey and 600 kilogrammes of wax were produced and sold to the local market and the figure is expected to double in the next six seasons.Advertisement