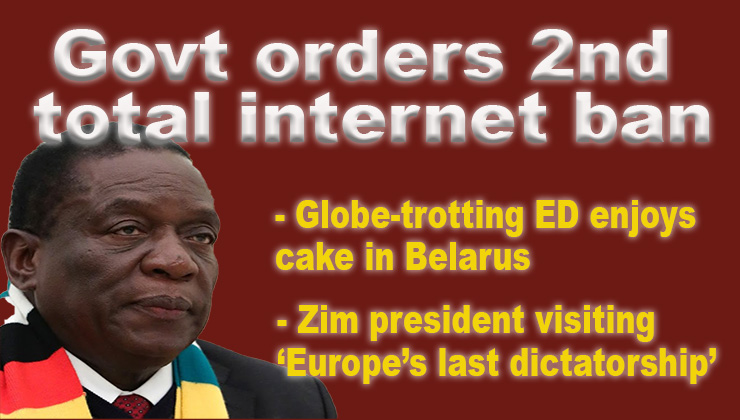 President Emmerson Mnangagwa was in Belarus on Thursday
Spread This News 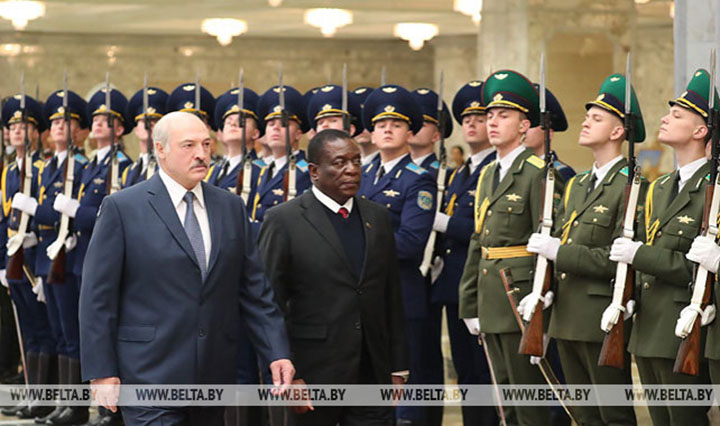 THE government ordered another nationwide internet shutdown Thursday – the second this week – ignoring local and global condemnation of its brutal crackdown against protestors and the adverse impact of the cyber-censorship on an already tanking economy.

And as his regime yet again abridged Zimbabweans’ “constitutional right to freedom of expression”, President Emmerson Mnangagwa continued to travel the world, leaving Russia for Belarus.

Critics describe the latter country as Europe’s last dictatorship. The Zimbabwean leader was seen in social media videos eating cake upon arrival in the Belarusian capital of Minsk.

Chief critic and exiled former information minister Professor Jonathan Moyo ridiculed the Zanu PF leader for being un-presidential and surprisingly oblivious to the possibility of poisoning despite surviving apparent such attacks back home.

No washing of hands. No palladium worries. Unpresidentially straight into the mouth; cake, icecream & all! pic.twitter.com/u8VuUJhyDJ

Cabinet ministers have blamed the opposition for the fatalities, injuries, looting and destruction of property witnessed over the three-day protest which started Monday.

They accused the opposition MDC party and surrogate groups of using the protest to try and overthrow a constitutional order.

Said Econet in a message to its network users; “we were served with another directive for total shutdown of the internet until further notice.

Our lawyers advised that we are required to comply with the directive pending the Courts decision on its legality.

“The earlier directives are already the subject of a pending High Court Application. We sincerely apologise for all inconvenience caused by the acts of government which are beyond our reasonable control.”

The High Court challenge was filed by advocacy attorneys, the Zimbabwe Lawyers for Human Rights (ZLHR) and the local branch of the Media Institute of Southern Africa (MISA) after the first two-day blockade on Tuesday and Wednesday.

Even so, tech-smart Zimbabweans found ways around the social media blockade by switching to alternatives for WhatsApp as well as Virtual Private Networks (VPN), the latter a common anti-censorship tool.

Realising that the social media censorship was not working, the embattled administration reverted to a full internet ban Thursday evening.

There was no government confirmation of the latest ban though. 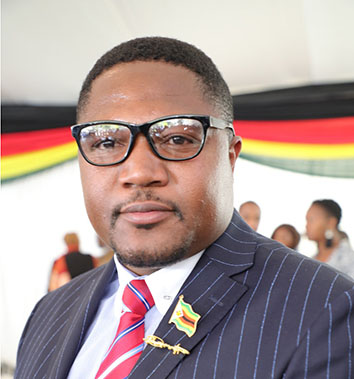 Deputy information minister Energy Mutodi denied the administration ordered the first blockade, clumsily claiming on national television that  interruption of services was due overwhelming demand by locals and exiled Zimbabweans.

This was despite Econet releasing a statement indicating that the ban was ordered by State Security Minister Owen Ncube.

Mutodi was also contradicted by the information ministry’s Twitter account which said; the “Interception of Communications Act. provides for the issuing of a warrant to interfere with communications where among others’ things, public safety or national security is threatened.

An unknown number of anarchists attacking everything & everyone is a national security threat.”

The European Union and Britain joined local and international rights groups in demanding that government stop interfering with people’s access to the internet.

“We … urge the reinstatement of full internet access, consistent with citizens’ constitutional right to freedom of expression,” said the UK’s Minister of State for Africa, Harriett Baldwin. 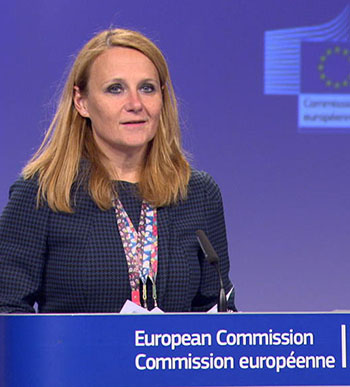 In Brussels the European Union (EU) added; “the shutdown of access to the internet should also be reversed. Access to information is a universal right and should be respected by Government in accordance with its constitutional and international obligations.”

The opposition and rights groups say the internet censorship is aimed at covering up the government’s brutal crackdown which has reportedly killed several civilians and left dozens injured.

Said South Africa’s main trade union body COSATU; “In an attempt to cover up the awful and unlawful suppression of human rights by the (authorities), the Zimbabwean government suspended the Internet on the 15th January 2019 around 7 am; which was confirmed by Twitter and that the shutdown was as a directive from Zimbabwean Government.

This act clearly was meant to silence the growing frustrated voices and limit communication on the subsequent clampdown today against leaders, workers, and members of the community who are involved in the stay-away since Monday, 14th February 2019.”

Mnangagwa has argued that his widely condemned five-nation trip was aimed at securing “economic agreements that will give our economy a much-needed boost” even as the government’s brutal crackdown was said to be costing the country millions of dollars.

CNN reported Thursday that, according to NetBlocks which estimates the cost of internet shutdowns worldwide, the three-day outage could cost the Zimbabwe’s long struggling economy upwards of $17 million.

The EU also warned that; “Zimbabwe’s efforts to promote investment and to deepen international partnerships can only be successful if these essential requirements are fulfilled.”