GOVERNMENT on Sunday softened its stance and pledged to reverse suspensions slapped on over 550 striking junior doctors if they resumed work as was being encouraged.

Zimbabwe’s public hospital junior doctors downed tools beginning of the month to press for US dollar wages, a review of their on call allowances and constant supplies to drugs and relevant medical kit for use in their different work stations.

Government has responded with threats on its defiant employees who have also dug in and vowed never to compromise.

Chideme-Munodawafa said while going through the statement that government was committed to “allowing duty exempt importation of vehicles meant for doctors and other health workers under the Vehicle Loan Scheme further committing itself to disbursing the outstanding $6 million by December 31 2018”.

“Government also, through the National Pharmaceutical Company (NatPharm), has started receiving critical medicines and accessories needed for better health delivery in the country with distribution being made to public hospitals,” she said.

She added, “The meeting further noted and was satisfied that NatPharm was mindful of and fulfilling its obligation to the public by ensuring safe medicines are availed to hospitals and clinics.

“The meeting was concerned that the junior doctors had not complied with the court ruling thus putting themselves on the wrong side of the law.

“Both parties agreed that it was important for the junior doctors to return to lawful conduct by promptly resuming work in order to break the current impasse.”

“We will issue a statement after that. We are meeting tomorrow (Monday),” was all Chirisa could say.

Chiwora also confirmed the agreement and the meetings scheduled for Monday.

The HSB also confirmed government was already recruiting new junior doctors from universities locally and abroad arguing this will not jeopardise negotiations with its current employees in major hospitals. 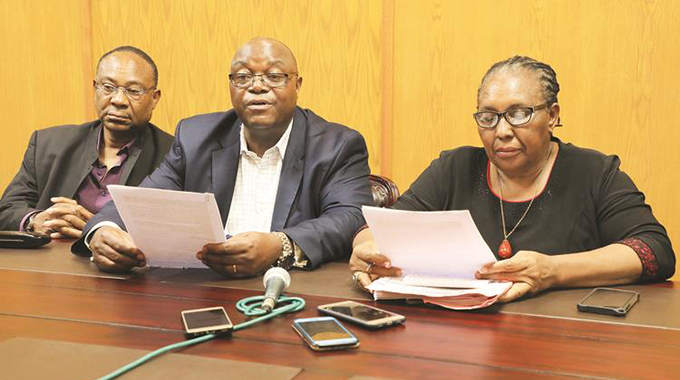