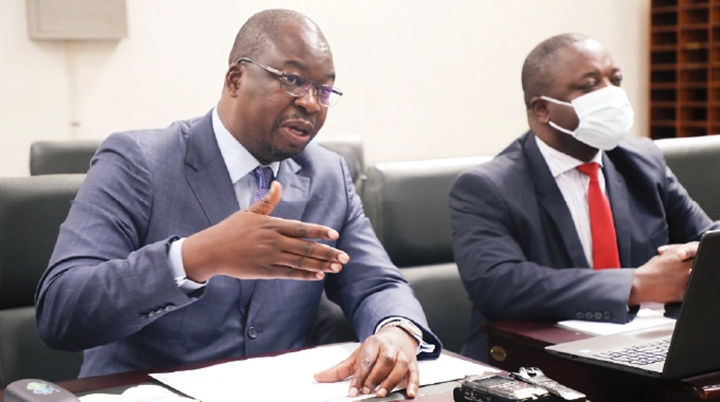 It has also emerged some service providers have failed to deliver goods such as vehicles to ministries and councils, yet Treasury would have paid them upfront.

Appearing on Monday before the Public Accounts Committee (PAC), Guvamatanga said currently public finances were strained by over-pricing of goods and services by private players, who were charging exorbitant prices for goods and services supplied to government, thereby creating volatility on the market.

He warned those unwilling to review prices downwards that they risk having their licences cancelled.

However, Guvamatanga told PAC that cancelling licences was not a priority for the government as this would cause disruptions in provision of services.

“At the moment, we have an issue of over pricing by service providers and contractors. Pricing given to the government is extortion. Let us not accept extortionists pricing given by suppliers, especially hotels.

“Some of you members might not have been too happy with me over hotels’ pricing. I am not happy with the way most hotels are charging the government. For example, one of the local hotel MPs wanted to go and charged us ZW$168 000 per night for a US$120 room, last Friday. The hotel was using a rate of US$1 to $1 400. Some hotels are charging US$$400 per night for an MP to put up there.

“We should not accept these extortionate prices. It should come to a stop. Fuel coupons were being sold at ZWL$1 200 per litre. Our budget as government is not in parallel market pricing. Charge us fairly,” Guvamatanga said.

The permanent secretary bemoaned the parallel rate at which some hotels were charging.

“At this rate, one would ask for an advance payment of at least 30%. If that person goes to the auction and gets money, the advance payment given to the supplier covers all its costs meaning any other remaining balance is now profit and that is the that money will easily be taken to the parallel market.

He dismissed the complete removal of the advance payment for certain providers such as those in huge contracts such as construction of roads, bridges and dams.

“If we completely do away with advance payment law for now we will not be able to construct dams, roads and bridges, we can longer do the PHDs because in legal terms the contractors qualify as preliminaries and generals. We have stopped doing advance payment for other service providers such as computers and their accessories, cars, toners. Most of the supplies do not do due diligence.

“We are now trying to be more efficient and effective in our procurement processes. We are, however, considering further mechanisms to protect public finances. Consultations on this are ongoing so that the law is amended. We cannot allow advance payment for anything, even things like a razor blade,” he added.

But other contractors where no mobilisation is required, such advance payment should not be allowed by the law.