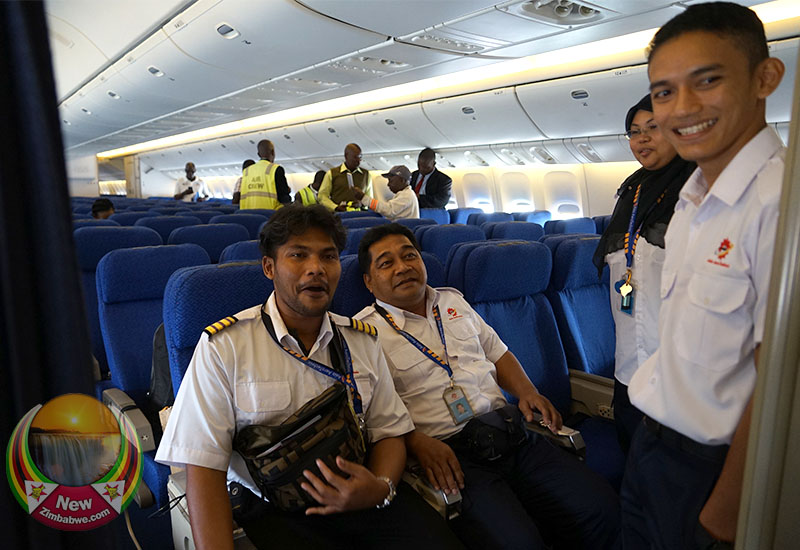 The plane is said to have been in operation for more than 10 years before being retired by the Malaysian Airways in 2016.

The late former president Robert Mugabe is said to have personally negotiated the deal.

“As you may recall, state enterprises and parastatals used to contribute around 40 percent of our country’s Gross Domestic Product.

“Unfortunately, most, if not all of these public entities have suffered from a host of challenges, including the economic decline caused by illegal sanctions imposed on us by the determined and unashamed perpetrators of underdevelopment in Third world countries,” said Chiwenga.

The VP also said the commercial plane will not ply short but long distances.

“I wish to point out my full awareness that this aircraft is best deployed on the long haul routes,” said Chiwenga.

“The second aircraft is in the final stages of paintings to ensure that the aircraft is then brought to Harare shortly,” said Matiza.