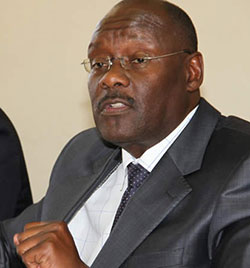 AN interim management team will soon be appointed to run the country’s largest health insurer Premier Service Medical Aid Society (PSMAS), a government minister said on Monday.
This comes after the health insurer’s board resigned under public pressure following revelations of astronomical executive packages at a time when the fund is struggling to service its debt.
Health and Child Welfare minister David Parirenyatwa told journalists on Monday that the interim management team would then appoint forensic auditors whose findings could result in prosecutions of any previous office bearers.
Recent disclosures of executive compensation at the medical aid fund, whose membership is dominated by state employees, have triggered public outrage. Some public sector executives have been shown to earn monthly salaries running into hundreds of thousands of dollars.
As a mutual society, ultimate control vests in PSMAS 600,000-plus contributing members, who vote for the board.
“We have decided at this juncture that as a way forward, there will be an interim entity to manage PSMAS, which will be appointed by government,” Parirenyatwa said.
“We will give that entity terms of reference that will stipulate exactly what they will do. But they must look at the processes – administrative and accounting for the entire organization of PSMAS and, as they do so, they will prepare a further thorough forensic audit.
“Anyone who has transgressed by omission or commission will be taken to the book.”
PSMAS executives reportedly accounted for nearly half of the company’s $33 million annual wage bill while the company is saddled with a debt of $38 million.
The board of directors was forced to resign on Friday over the scandal.
Parirenyatwa said the ministry, which regulates all medical societies, had renewed PSMAS’ operating licence after initially withholding it over allegations of poor corporate governance.
He said his ministry would also carry out investigations at other medical aid societies to ensure that members are not prejudiced.Advertisement