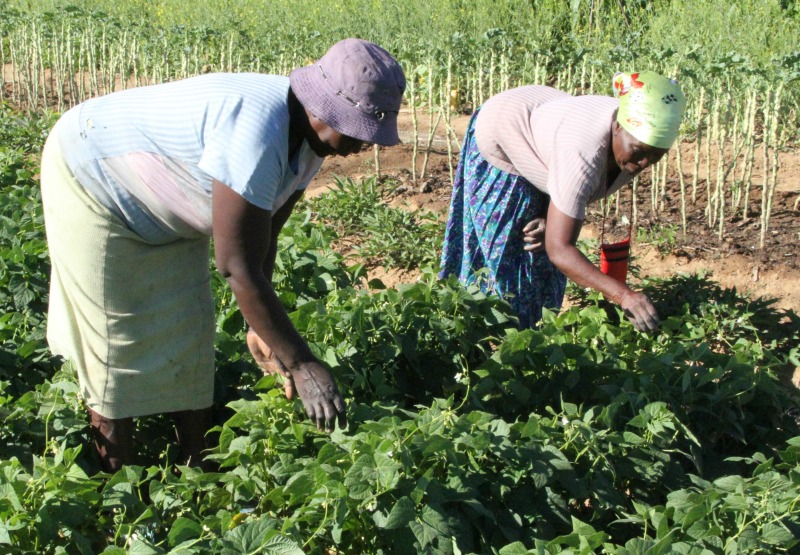 The Zimbabwe government will re-introduce a food for work program to help vulnerable families which have been affected by the El Nino induced drought during the 2018/19 agricultural season, a top official has said.

The United Nations says more than 6 million Zimbabweans (or nearly 40 percent of the population) require food aid between now and the next harvest in April 2020 due to the drought and the impact of Cyclone Idai which hit the country, together with Mozambique and Malawi in March.

The Herald newspaper reported Wednesday that Public Service, Labour and Social Welfare Deputy Minister Lovemore Matuke had told a ruling ZANU-PF party meeting in Masvingo that the government had completed a document which outlined modalities on the implementation of the Food for Work programme under which beneficiaries get food packs after working on identified projects.

The last food for work programme was undertaken in 2016 following another serious drought in the country. Generally, priority is placed on projects that achieve food security. The incapacitated still receive food under the government’s drought relief programme.

Matuke said the government had finalized the document which has already been sent to all the country’s provinces, adding that the program should be designed in a manner that promotes productivity, particularly irrigation, to ensure the country is self-sufficient in terms of food requirements.

“We need projects which have significant social economic impact,” he said.

“We need our people to provide labour on projects such as irrigation schemes, projects that help the country achieve food security rather than working on projects that have little or no impact on the economy. They should be well-designed to ensure the objectives of Vision 2030 are achieved.” he said.

He said while the government had put in place some measures and resources to alleviate food shortages in light of the El-Nino induced drought, efforts must be equally put in place to harness domestic resources to build self-food sufficiency.