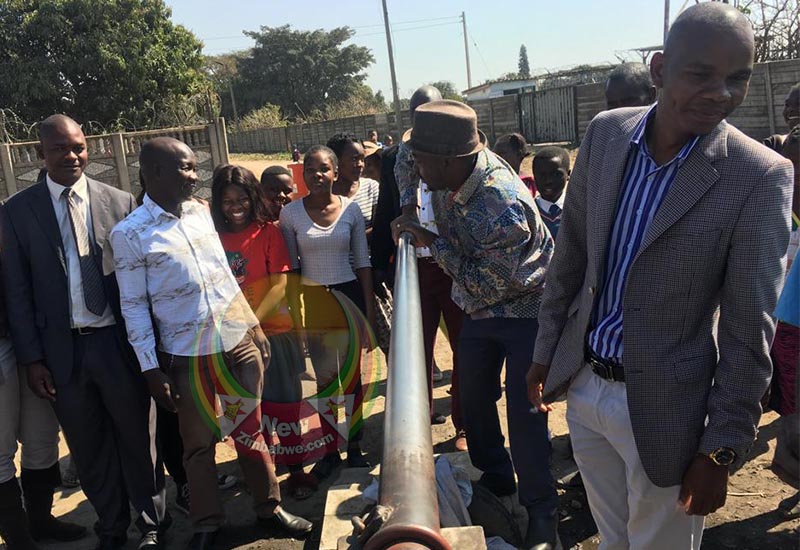 GOVERNMENT must obey international treaties which it is signatory to particularly those against the discrimination of women the Community Water Alliance (CWA) has said.

In Zimbabwe, women and children are mostly affected by the challenges that come with the water crisis.

According to CWA, of the typhoid and diarrhoea cases recorded, 60% of those affected are women with the majority of them being young people.

Across the country, women in both rural and urban areas, travel long distances to water points after getting up as early as 3am.

A snap survey carried out by this publication in Harare’s high density suburbs, Glen View, Budiriro, Kuwadzana revealed that nine out of 10 people at water point queues are women and they often have to wait six or more hours for their turn to get water.

“We did a parallel typhoid diarrhoea tabulation process for Glen View particularly Wards 31 and 32, Dzivarasekwa Wards 39 and 40 and Hatcliffe. The statistics in terms of those that are being affected shows that more than 60% are women and of those, the majority are young people.

“We need a gendered water provision framework in the country and we need to appreciate that the challenges of water crises affect women more and part of the appreciation is to increase the budget allocation on water at national level which is fundamental,” said Mudzingwa.

Treasury last month released $37 million towards provision of water and sanitation in Harare after the capital was forced to shutdown its main water treatment plant due to shortage of water treatment chemicals.

Zimbabwe’s patriarchal society household chores are confined to females including the duties of collecting water.

Mudzingwa added: “Government should follow the international treaties and laws which it is signatory to such as the Convention of Elimination to Discrimination against Women which states that women should have access to adequate living conditions particularly in relation to water supply.”

CWA is currently pushing for government to declare the water situation a national crisis and try to find solutions from the private sector.