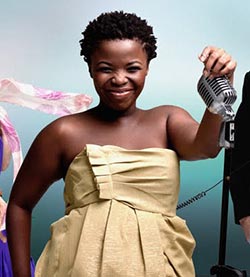 GOVERNMENT is contemplating action against the Harare International Festival of Arts (HIFA) for “dramatizing” the deportation of South African Afro-pop group, Freshlyground, despite being aware that their application for work permits had been rejected.
Chief immigration officer, Clemence Masango, told a Parliamentary committee on Foreign Affairs that HIFA organisers were told way before the event started not to bring Freshlyground into the country but they (HIFA) “but they decided to defy for unknown reason”.
“It is very unfortunate that someone tried to dramatize the whole issue but the truth is that, HIFA organisers were aware that government had turned down their work permit application for Freshlyground but they decided to bring them here.
“We did not deport them but they were denied entry because they had no work permit. We have an issue with the organisers because it is a sign of defiance on their part,” Masango said.
The renowned South Africa-based Afro-pop group were billed to perform at the closing ceremony of HIFA but they were detained upon arrival at Harare International Airport and deported because they did not have a valid work permit.
Fans however, believe the group was kicked out of the country for a song that pokes fun at President Robert Mugabe for allegedly running the country down and urging him to become the hero he used to be by relinquishing the power.
Masango told the legislative committee that reasons for turning down the group’s work permit application could not revealed as it is the “right of the state to do so”.
In a statement released after the embarrassing incidence, HIFA said “everything was done above board”, adding they are working at modalities to bring the well-travelled group back to Harare in the near future.
“HIFA has not received any reason for the denial of entry of the Freshlyground. It is however confident of government departments’ capacity for common sense and professionalism,” the event organisers said.
The organisers said they would bring back the group soon after discussing the issue and getting a nod from relevant authorities.
Freshlyground was previously denied entry into Zimbabwe to perform at a concert after they released a song ‘Chicken to change’ poking fun at President Robert Mugabe, who has been in power since 1980.Advertisement