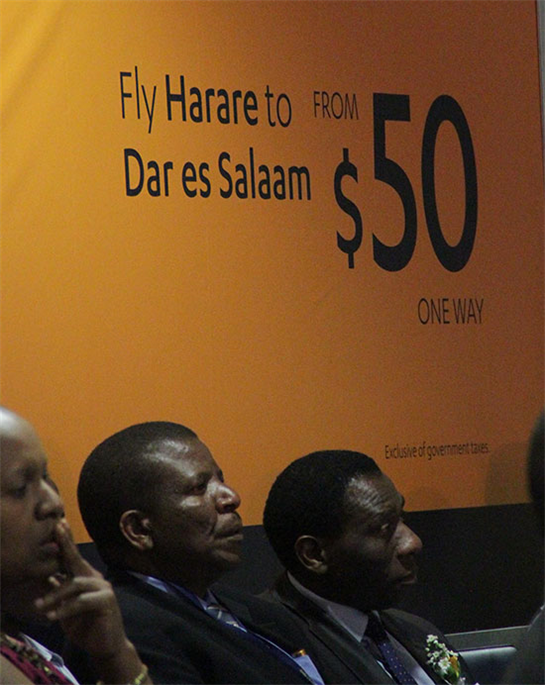 RANSPORT Minister Obert Mpofu has said the government is committed to liberalising the air transport sector to ensure more airlines fly into the country.
Mpofu made the remarks while officially launching Fastjet’s inaugural flight between Dar es Salaam and Harare last week.
He said the government would continue to support the aviation industry as it was of strategic importance to national development as enshrined in the Zimbabwe Agenda for Sustainable Socio-Economic Transformation.
“Government is directly funding aviation infrastructure or mobilising the required resources by way of concessionary loans,” Mpofu said.
“Secondly, government approved the introduction of an aviation infrastructure development levy on air travellers and the fund is already operational.”
Mpofu said the government is also “supporting the national airline within the limits of its resources so that it continues to play its strategic role of marketing and connecting Zimbabwe”.
“We have also put in place the legal and institutional framework that assures the safety and security of aviation in Zimbabwe,” he said.
Government, the minister added, was delighted that Fastjet was expanding its international route network and, in so doing, bringing a low-cost, reliable and safe service to Zimbabwe.
The move by Fastjet would help stimulate tourism between Tanzania and Zimbabwe.
Interim chairman and chief executive of Fastjet, Ed Winter, said they set up the service in response to requests from Zimbabweans and Tanzanians for a direct flight between the two countries.
“We believe this will stimulate business and tourism in regions where citizens have had to depend on lengthy road transportation or have been excluded from air travel by the significant costs of flying an indirect route through Nairobi or Johannesburg,” he said.
Those travelling between Dar es Salaam and Harare used to spend at least three days on the road for the approximately 2,200 kilometre-trip. Alternatively they could fly via Nairobi, Kenya, or Johannesburg, South Africa.
Fastjet is introducing two weekly flights between Harare and Dar es Salaam’s Julius Nyerere International Airport. No visas are required for citizens of the two countries for visits of less than 90 days.