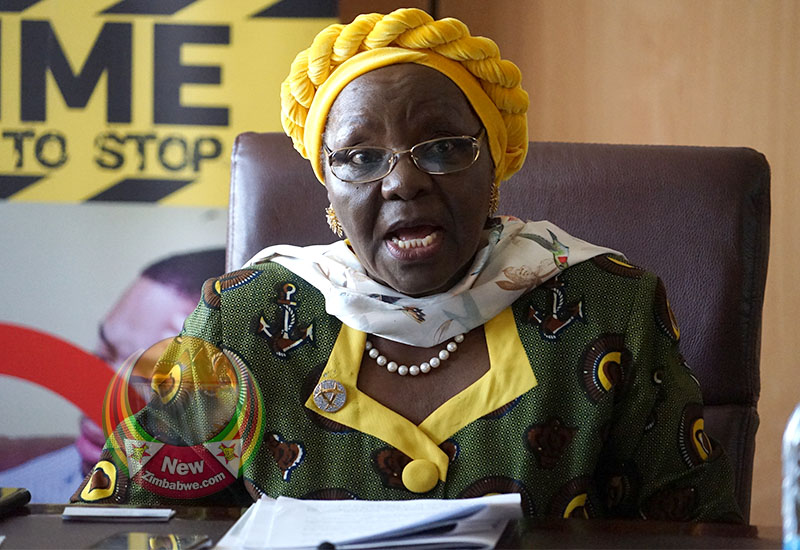 IN a rare move, government has warned apostolic religious sects against arranging and engaging in child sexual abuses under the guise of marriages.

The stern warning was issued by the minister of Women Affairs, Community, Small and Medium Enterprises Development, Sithembiso Nyoni.

Nyoni was making her keynote address at the launch of the State of the World Population (SWOP) annual report for 2021 Thursday.

She said religious groupings and circles – in reference to apostolic sects – are condoning the abuse of young girls under the guise of marriage.

“I want to unequivocally state that child marriage is nothing other than child sexual abuse disguised as a marriage and there is no reason for tolerating an abuse and it will not be tolerated even if attributed to any religious or cultural practice. Religion and culture should not be used to sanitize a violation of other people’s rights,” she charged.

Her remarks flies in the storm of public condemnation against the ruling party for handling the apostolic sects – where it draws a huge chunk of votes from – with kid gloves following the death of a pregnant 14 year old Memory Machaya.

Machaya is reported to have died while giving birth at a Johanne Marange Church shrine.

However, Nyoni said her ministry is aware and investigating the case.

“My Ministry has been alerted of a very disheartening report taking its rounds on the social Media of a 14 year old girl who died while giving birth at a shrine in Bocha, Mutare District, in Manicaland. I would like to inform the nation that the we are working with all relevant authorities and stakeholders in investigating this case which is said to have happened at an in Bocha,” she said.

The constitution, the country’s supreme saw, outlaws child marriage and clearly puts the age of marriage at 18 years.

Nyoni said the case serves to remind the country on the scourge of teenage pregnancies and child marriage that continue to affect lives of thousands of girls in communities.

She said child marriage is a violation of multiple rights of the girl child that include, the right to education, health and well-being.

“It exposes the girl child to Gender Based Violence, HIV and other health related conditions. It puts the young mother and her child into a cycle of poverty. Marrying- off our girls before attaining age of marriage also denies the communities where they live and the nation at large of their contribution to national development,” Nyoni said as she implored communities to vehemently condemn and report such cases.

The SWOP report by the United Nations Population Fund (UNFPA) shows that half of women in 57 developing countries are denied their bodily autonomy or lack the power to make decisions over their bodies.

The report entitled My Body is My Own shows that many women and girls are denied the right to decide whether to use contraception or seek health care, among many other issues.

The 2015 ZDHS confirms that violence against women and girls is rife in Zimbabwe affects one in every three women regardless of geographic location, wealth or education.

Intimate partner violence is also rife as many women are subjected to abuse and violence at the hands of intimate partners or husbands who account for 90% of perpetrators.