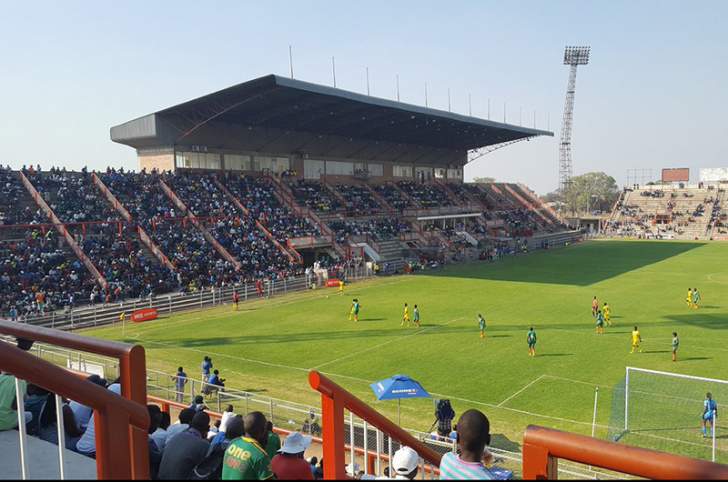 Government has expressed concern over the slow pace of renovations on Barbourfields Stadium by the Bulawayo City Council which is expected to host the Zimbabwe, Algeria Africa Cup of Nations Group qualifier at the end of the month.

This follows a tour of the football stadium by the Deputy Minister of Youth, Arts, Sport and Recreation Deputy Minister Tino Machakaire and his principal director Benson Dube.

This came after government and well-wishers availed funds for the renovation of the facility following CAF’s blanket ban on all local stadiums.

The government also availed funds for renovation on the National Sports Stadium in Harare with high hopes both facilities will be certified fit to host the crucial tie.

Caf declared both stadiums as unfit to host international matches.

Despite the ban, both the government and Zifa are optimistic they are able to meet some of the continental body’s demands and have the Zimbabwe stadia embargo lifted ahead of the tie after requesting a re-inspection of the venues scheduled for March 14.

However, after being briefed on the progress by Bulawayo City Council officials on Friday, the Principal Director in the Sports Ministry Benson Dube said he was not happy with the slow progress of the refurbishment of the facility.

“I think we need to call the town clerk (Christopher Dube). You (Bulawayo City Council) are not serious guys. We want to meet the deadline. We can’t meet the deadline when you are doing nothing,” Dube said.

The Bulawayo City Council’s housing and community services, Dictor Khumalo however argued that the renovations were going according to plan.

Khumalo said by next week, the local authority’s contractors would have completed maintenance to pitch conditioning, the goalposts, team benches in the dugout, stadium signage, changing rooms, installation of air conditioners.

Other issues that also need to be attended to at Barbourfields include internet connectivity, setting up of a media tribune and refurbishment of the stadium’s doping room.

After the meeting which was attended by Zifa officials, public works ministry officials and the city council, Machakaire said he was happy with the commitments that had been made.

“I think we will be done by March 9 like the technical guys were saying. We are hoping by that time we should be ready and the CAF inspection team will come and make sure that everything is done,” Machakaire said.

CAF inspectors will be in the country on March 14 but Zifa executive committee member Bryton Malandule said the local football mother body will be briefing the continental body on the developments that are taking place.

“There is a CAF inspection on March 14. We have made an appeal to CAF because we don’t want to play the Algeria match outside the country.

“We have been engaging CAF with the (Zifa) president (Felton Kamambo) engaging directly with the CAF president (Ahmad Ahmad). We are hoping that after that inspection, we will be cleared to host the match,” Malandule said.