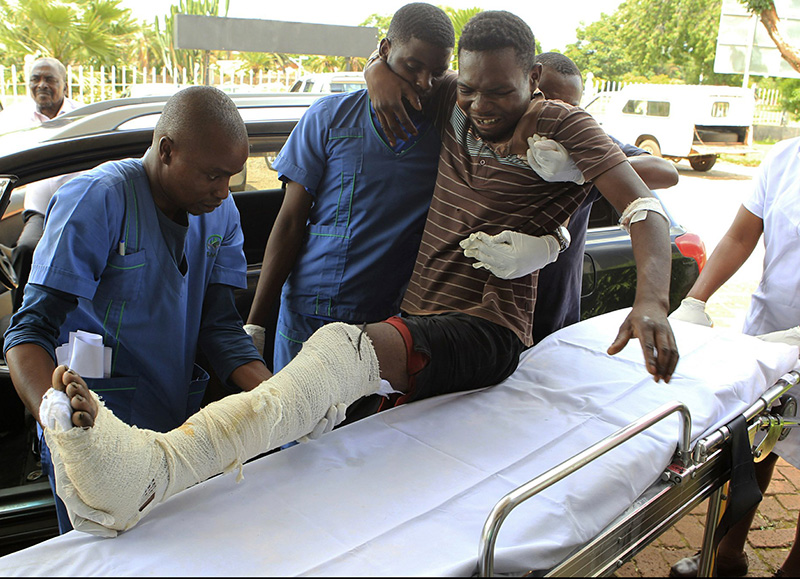 A human rights commission appointed by Zimbabwe’s government said Tuesday that at least eight people were killed, mostly by gunfire, in a crackdown on protests last week.

In a blunt statement, the Zimbabwe Human Rights Commission also accused the security forces of “systematic torture” and slapped the authorities for using troops to curb civilian disturbances.

“At least 8 deaths have been reported to the commission and mostly attributed to use of live ammunition,” it said.

Investigations revealed that “armed and uniformed members of the Zimbabwe National Army and the Zimbabwe Republic Police instigated systematic torture,” the statement said.

“The torture was organised in that they targeted men who stay near areas where barricades had been placed and near areas that were torched by protestors or looted,” it said.

The report is one of the most outspoken in the eight-year history of the commission, say observers.

The constitutionally-mandated panel, first appointed by former autocratic ruler Robert Mugabe during a power-sharing government in 2010, often adopts a lower profile and has lacked funding for its work.

Use of army criticised

The commission also expressed concern at the continued use of the military to maintain law and order.

The government unleashed the army onto the streets of the capital on August 1 last year during post-election violence, leading to the killing of six people.

After those events, “it was to be expected that the country would have learnt something and would in future do things differently,” the commission said.

But more deaths had occurred during the latest repression than in August, it noted.

“The deployment of the army in quelling civilian disturbances leads to loss of life and serious bodily injuries and other human rights violations, yet the government continues to make such deployments,” it said.

The commission detailed repeated accounts from interviews of security forces targeting men, and even boys as young as 11, at their houses at night, making them lie on the ground and beating them.

Those targeted were in areas close to where roads were blocked by protesters or looting occurred. The security forces “modus operandi was the same” in all the areas visited by the human rights commission investigators, the report said.

Lawmakers from the opposition Movement for Democratic Change (MDC) and civil society leaders have either been abducted or arrested from their homes, it said.

“At one (municipal) councillor’s house, children who included a three year old girl narrated what had happened to their father.

“The three-year-old girl gave a vivid and moving account of the beatings and arrest of her father during the late hours of the night,” said the commission.

He vowed to investigate security forces over any misconduct, saying “if required, heads will roll,” but also condemned the protests as “wanton violence and cynical destruction.”