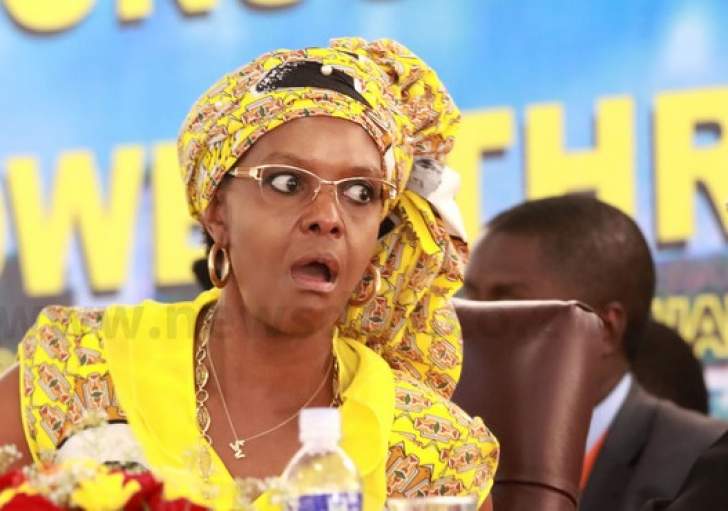 The order was issued on November 15 2019 directing the two to pay Manase and Manase Legal Practitioners.

The lawyers represented Grace and her son in a case which involved a botched $1,4 million diamond ring deal, among others.

However, the lawyers were yet to get payment after representing the two for a period stretching beyond two years.

This prompted the legal practitioners to seek court intervention in order to get their dues.

On January 15, 2019, High Court judge Felistus Chatukuta ruled in favour of the law firm and ordered Grace and her son to pay the legal fees but the duo later filed an application for rescission which was recently determined by Mushore.

“Application is dismissed with costs,” Mushore said in her order.

The order by the High Court that was issued on November 15, 2019 followed an application for rescission of a default judgment granted by Chatukuta.

Grace and her son in April this year then sought to overturn the judgement on the basis that it had been issued in error.

According to court papers, the legal firm, Manase and Manase Legal Practitioners is said to have acted for Mugabe in cases against a Lebanese national Jamal Ahmed while claiming to have been duped by the businessman.

In a bid to recover her money, Mugabe is alleged to have “grabbed” three properties namely No. 409 Harare Drive, Pomona; No. 18 Cambridge Road, Avondale and No. 75 King George, Avondale, all owned by Ahmed but the latter was soon to approach the courts and successfully retained his properties.

Prior to Justice Mushore’s order, Justice Alpheus Chitakunye had also ordered the duo to pay the law firm’s legal fees with costs.

According to Manase and Manase Legal Practitioners, Grace and her son approached them in December 2016 seeking legal services in respect of a number of cases linked to the diamond ring saga.

The firm said the pair also wanted to be legally represented in an urgent chamber application that was before the High Court under case number HC 12497/16, adding, the legal services rendered included attending to all litigation procedures and hearings, the drafting of court processes, consultations, round table meetings and various legal documents and the services were rendered for a period stretching to two years.