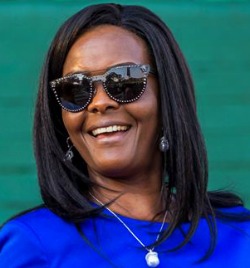 THE University of Zimbabwe has very clear, detailed and solid regulations pertaining to its PhD programme as contained in General Academic Regulations for Postgraduate Degrees of the University of Zimbabwe: Regulations for the Master of Philosophy (MPhil) and Doctor of Philosophy (DPhil) Degrees (hereafter Regulations). It also sets very high standards for the examination of postgraduate degrees, as contained for instance in Information for the Guidance of Examiners for the DPhil Degrees (hereafter Examiners).
In considering the controversy around ‘the Grace Mugabe PhD thesis’, it would be important to consider both the Regulations and the Examiners. The Regulations are concerned with primarily the PhD process, from beginning to end. The document thus raises points around PhD entry requirements (including “eligibility to apply for admission” into a PhD programme), “presentation of thesis for examination”, and the examination process itself. It further notes (Section 17.3): “If, subsequent to the award of a degree to a student, it is discovered that there were gross irregularities and impropriety involved in the award, the University Council, on the recommendation of the Senate, reserves the right to withdraw and cancel the [degree] certificate”. The Examiners sets out the “criteria for assessment of DPhil degree”, or the criteria for examining the product of the PhD process (the thesis itself).
This short commentary is concerned more about product than process though, in considering the product, questions around process seem to arise. This review is not an examination of the thesis. If anything, this commentary simply raises pertinent points which may help shape any public discussion about the thesis as product. In making any comments on ‘the Grace Mugabe PhD thesis’, it is crucial that the thesis be subjected to a deep read so that any criticisms of the thesis are well-grounded. To do otherwise would possibly involve the critic reproducing the problem (i.e. the absence of vigorous intellectual work) assumed to be embodied in the PhD thesis of Grace Mugabe. The claim must be argued, not assumed. In the end, the university’s own examination criteria (Examiners) would seem to be the key benchmark for comments on the thesis.
Having done a deep read of the thesis, it seems that the thesis does not meet the minimum standard for a PhD thesis, based on Examiners. For a PhD thesis, some kind of original contribution needs to be made to prevailing academic knowledge. Thus, Examiners asks: “What new knowledge has been created (theory/method/policy/practice)?” (Point 10.3). A contribution, or new knowledge, can take on different forms, including a theoretical contribution, a contribution which enriches research methodology, or even in-depth and innovative (empirical) accounts of understudied events and people in the past or present (or policy or practice, according to the Examiners – though I have doubts about the significance of this for an academic thesis).Advertisement

It is important to recognise that every PhD thesis has its own strengths and weaknesses, such that there may be only one main contribution. Generally, however, PhD theses are expected to reach a minimum standard in relation to theory, research methodology (and methods) and empirical discussions. But, it is not unusual for PhD theses to be uneven in terms of the quality of discussions across theory, methodology and empirical evidence. Ultimately, a PhD candidate needs to bring the discussions all together, linking theory, methodology and evidence, in a coherent and systematic manner (Examiners, Point 9).
One important way of evaluating the Grace Mugabe thesis is with reference to originality and, for me, it is the most insightful way. Of course, other issues are pertinent (as also detailed under the twelve points of the Examiners) such as plagiarism (Point 10.2).  A sophisticated software programme is not necessary to check plagiarism, though it is able to quantify it: copying and pasting discussions from the thesis onto Google, and checking what comes up, is an easy alternative. I did that once, and it was illuminating.
Two points are sufficient for suggesting that the PhD thesis does not make a significant contribution of any kind to academic knowledge. The first point is the theory as contained mainly in chapter two: “Is there a demonstration of a thorough grasp of theory?” (Examiners, Point 7.2).
The discussion in the thesis around theory is extremely shallow and is likely at a level somewhere between an honours dissertation and a half Masters’ thesis. It simply falls far below the expectations of a PhD thesis, such that the thesis does not properly or fully locate the empirical study in a well-grounded and well-argued theoretical framework based on an intense reading of relevant theory.
The second point arises from the list of academic references at the end of the thesis. There are approximately 140 references listed, but only about ten of them are dated post-1999. The fact that four of the post-1999 references refer to work written by the supervisor of the thesis may or may not have any significance. The fact that a few of the 140 or so references are widely known as Sociology I textbooks is however significant.
The key point though is that a thesis is simply not able to make a contribution to theory (or research methodology) without engaging with the most current academic literature. Not doing so leads to statements such as the following in the thesis (in referring to ‘the family life course perspective’): “This is a new perspective” (page 26 of the thesis, my emphasis) – and then the references cited are from 1978, 1985 and 1986.
This use of dated literature not only affects theory, as it also raises very deep concerns about the literature review (i.e. the review of academic literature relevant specifically to the thesis topic and focus). In the Grace Mugabe thesis, no comprehensive review of the current relevant literature is forthcoming. Examiners asks: “Has the candidate demonstrated a thorough awareness of literature pertinent to the research topic/area?” (Point 5.1). And, “is the candidate aware of current debates in the chosen field of study?” (Point 5.2, my emphasis). Any failure to do a comprehensive literature review based on available current literature means that the empirical study is not properly contextualised.
More important is the fact that a PhD candidate has to first engage fully with this literature and, on that basis, show how her thesis fills a gap in the literature or perhaps reformulates and refines points currently existing in the literature. Reading the literature up to 1999 (and quite selectively even for this thesis I would argue), and ignoring the post-2000 literature, means that fifteen years of scholarly work is simply ignored. In this regard, insofar as the academic literature is concerned, the Grace Mugabe thesis could just as well have been written in 2000. In the end, it is odd that the thesis indicates (on page 63) that “I did not regard the study as being exploratory because there was a body of literature on the subject” – the question is, was that body of literature incorporated into the thesis?

The absence of available current literature with reference to theory, methodology and the literature review means that the thesis is not able to make a contribution to theory, methodology and to the specific literature around the thesis topic and focus. It should be added that the empirical case studies, though stronger than the theory and literature review, are not of a quality which warrants any claim to the effect that the thesis contributes to in-depth empirical knowledge. In terms of a contribution to policy, this would require an extensive review of the massive academic literature about the complexities of the public policy process, but no such review appears in the thesis. All this of course raises major concerns about the examination process for the thesis.
It is believed that Grace Mugabe originally registered in the Master’s programme in 2011 and that, subsequently, her Master’s thesis was upgraded to a PhD thesis (though I am not aware of any official pronouncement regarding this). The Regulations do allow for this (Section 5.5), but this needs “endorsement by the [in this case, Sociology] Department and Faculty Higher Degrees Committee”, and then needs to be approved by the Academic Committee of the university.
The supervisor of the PhD candidate can only recommend an upgrade (referred to as a “transfer” in the Regulations): he or she can neither endorse nor approve. Normally, a thesis is upgraded because the Master’s candidate is producing work of such a high quality during the Master’s thesis process that the supervisor considers the candidate capable of immediately transitioning into a PhD thesis process. However, insofar as an upgrade did take place in the case of the Grace Mugabe thesis, I am not aware of any academic criteria which would justify such an upgrade.
There are a couple of issues with regard to the use of research assistants. On page 74, it is indicated that “I used two research assistants to carry out some of the interviews and to attend some of the focus group discussions”. The use of one or more research assistants is not uncommon (including for translation in the field, transcribing or input of data into a computer software programme), though typically PhD candidates should be – at the very least – on-site continuously whenever any fieldwork is undertaken, and should only use research assistants for fieldwork when absolutely necessary.
A related issue is the discrepancy between this statement and the acknowledgements at the start of the thesis. On page ii, reference is made to “my research assistant”, and the name of the research assistant is provided. On page 74, there is no distinction made between the two field assistants, with one perhaps more involved than the other in the fieldwork and thus worthy of mention in the acknowledgements. This discrepancy might raise further queries about the research process, and who was involved in the fieldwork research.
Tne qualification perhaps needs to be made with reference to some of the preceding comments, particularly around the dated literature used in the Grace Mugabe thesis. This qualification, however, does not necessarily have implications for any problems arising within the PhD process, including the PhD upgrade and the PhD examination process. It should also not have any implications for the quality and depth of the fieldwork for the PhD thesis.
The qualification involves the following sets of questions: Is the problem around the use of dated literature in the Grace Mugabe thesis unique to her thesis as a PhD thesis coming out of the University of Zimbabwe? Or is it a broader problem? And, if it is a broader problem, is it the fault of the PhD candidates? Is it the fault of the thesis supervisors? Or is it the fault of the university itself?
I am located at a comparatively well-resourced former white English-medium university in South Africa which provides its registered PhD candidates with access to an abundance of both hardcopy and on-line academic publications. More specifically, PhD candidates registered at Rhodes have good access to the most recent academic literature pertinent to their field of inquiry. There is evidence which suggests that this is not the case with regard to PhD candidates registered at the University of Zimbabwe, though this is a matter best considered by academics and students at the university.
At the same time, though, there is a significant amount of current academic literature available on-line which does not require access by way of being registered as a PhD student at any particular university or at any university at all. Finally, availability of intellectual resources is likely a challenge for South African universities as well. Certainly, inequalities and unevenness in terms of access to intellectual resources for PhD students is evident across universities in South Africa.
Kirk Helliker is an Associate Professor in the Department of Sociology at Rhodes University, where he is the Director of the Unit of Zimbabwean Studies. He moved to South Africa from Zimbabwe in 2007, after living in Mashonaland Central Province for many years. Up until 1987, he was first a student and then a lecturer at Rhodes, and only re-entered academic life in 2005.