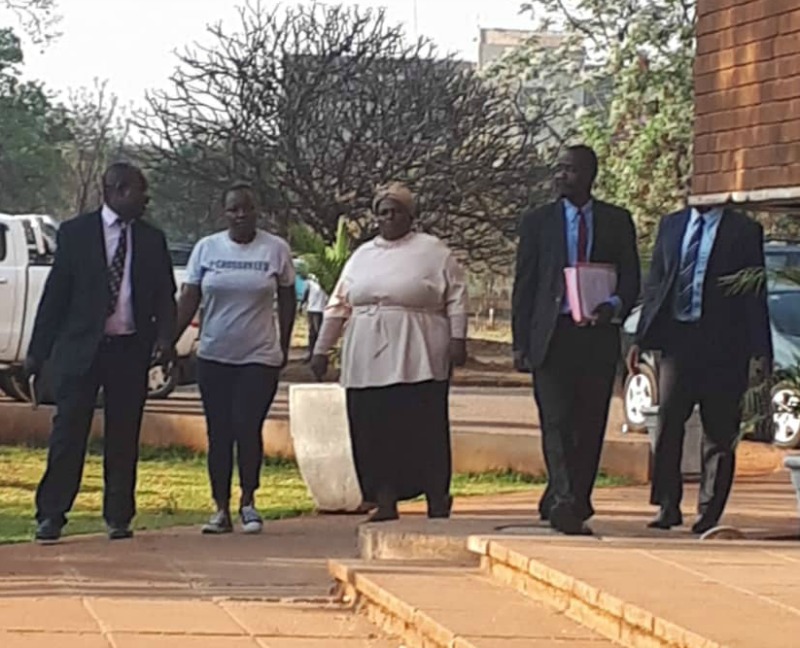 FORMER First Lady Grace Mugabe’s sister Shuvai Gumbochuma on Thursday successfully applied for temporary release of her passport indicating she intended to travel outside the country for treatment.

Through her lawyer, Lovemore Madhuku, Gumbochuma told court that she had health problems adding that it was her wish to be treated outside.

“The accused intends to travel outside the country for treatment,” Madhuku said.

He however did not disclose the country she intended to visit or the nature of her ailment.

Harare magistrate, Rumbidzayi Mugwagwa assented to the release of her passport before remanding her case to November 27 pending trial.

Gumbochuma is facing three counts of fraudulently acquiring a vast piece of State land worth more than $2 million during the time of former President Robert Mugabe’s rule.

It is alleged that sometime in August 2014, stand number 139 and 140 Gullingham Estate, Dzivarasekwa, Harare, was available for sale to deserving and capable land developers who could develop the land into high-density residential stands.

Court heard Gumbochuma misrepresented to government that she had the capacity to develop high-density residential stands in a bid to acquire land.

It is alleged that she was offered stand number 140 Gullingham.

According to the state, Gumbochuma was then required to pay an intrinsic land value of $424 426 to the ministry.

It is alleged Gumbochuma, who had neither the capacity to pay the intrinsic land value nor to develop the land, then created and registered a company, Scanlen (Pvt) Ltd as a vehicle to further her fraudulent transaction.
Court heard she resold the land for $2 060 000 without first paying for the land.

N-Frasys bought the land and then paid the intrinsic land value to the Local Government ministry before paying the balance to Gumbochuma.

It is further alleged the conduct of Gumbochuma was prejudicial to the good administration of the ministry as she profiteered from State land, thereby distorting the market value of the land from a mere $424 426 to an inflated value of $2 060 000.

“In February 2016, Gumbochuma, a former director of Rodonior and Bojunior Investments allegedly was allocated 150 hectares of land in Goodhope by the Local Government ministry.

“Investigations were made with the Registrar of Deeds of Companies and confirmed that Rodonior was not registered,” the state said.

The State alleges, due to Gumbochuma’s actions, the ministry suffered prejudice to its good administration.

Sometime in August 2016, Gumbochuma again misrepresented facts that Rodonior was a registered company and she made an application for allocation of Chishawasha B Goromonzi and was allocated 20 hectares.