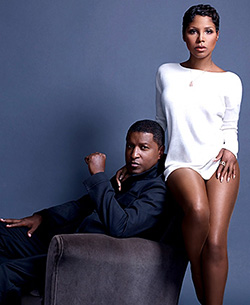 GRAMMY award winning duo of legendary RnB goddess Toni Braxton and ‘musical husband’ Kenny “Babyface” Edmonds are set for a one night performance show in Harare in August.
The Harare performance, slated for the Borrowdale race course,on August 28, will kick start their African tour which will also take the two to South African cities of Durban, Johannesburg and Cape Town.
In Durban the show will be held at Moses Mabhida Stadium on August 30 and the Cape Town leg of the tour will be at the Grand Arena, Grandwest on September 1 before the whirlwind project rounds off with a show in Johannesburg at The Ticket pro-Dome on September 3.
While details are still sketchy on how much the tickets for the Harare show will cost, prices for the three South African shows will range between R450 and R2,200.
Toni Braxton – He Wasn’t Man Enough