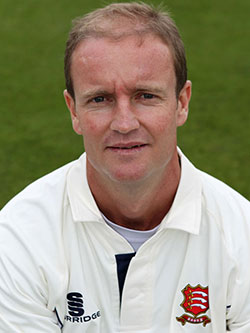 FORMER Zimbabwe opener Grant Flower is in the running to become the batting coach of the Pakustan national team.
“Zimbabwean batsman, Grant Flower is a strong candidate for the batting coach position while Richard Halsall as the fielding coach.
“The PCB has consulted with head coach, Waqar on both appointments and he has backed their credentials to work with the Pakistan team,” a PCB source told PTI.
“While Grant Flower had also applied in the past for the batting coach position, Halsall comes highly recommended as he is a specialist fielding coach and also fitness trainer and has worked with the England team,” he said.
In the past also the PCB has experimented with foreign fielding and head coaches without much success and until recently Julian Fountain was fielding coach with head coach, Dav Whatmore before the board didn`t extend their two year contracts last February.
Former England batsman, Bob Woolmer had the longest stint as a foreigner coach with the Pakistan team from 2004 to 2007 before his death during the World Cup in the West Indies.
The insider said that Waqar was keen on having Halsall as he had seen him work with the English team and checked his credentials also.Advertisement