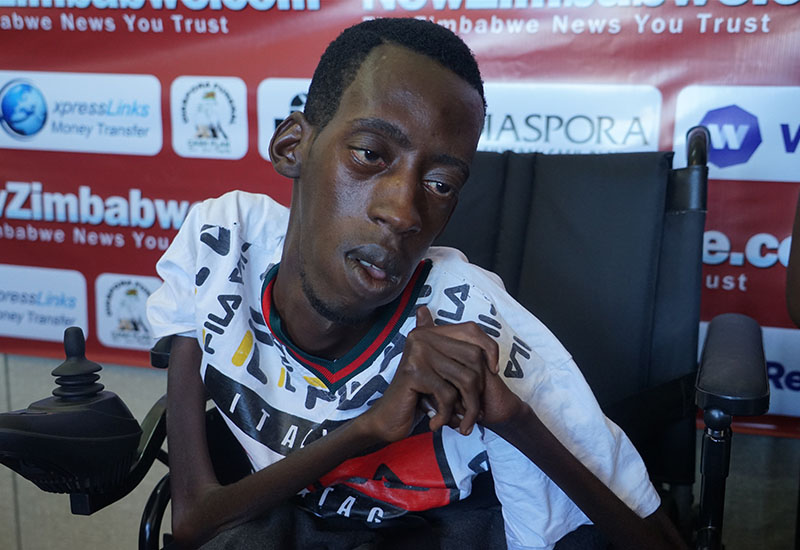 AFRO-JAZZ rising star, Tongai ‘Greatman’ Gwaze has revealed that he is a fan of popular chanter Killer T’s music and his biggest wish is to collaboration track with him despite their different genres.

Speaking in a recent interview with newzimbabwe.com, Gwaze said he holds the ZimDancehall award winning star in high esteem because he composes ‘mature’ music.

Contrary to what is the norm in the Zimdancehall genre, Killer T motivates and educates society with his music according to Gwaze.

“I dream to have a collabo with Killer T despite our different genres we can produce a hit song just like he did with Jah Prayzah.

“Killer T is my ideal choice because I am his biggest fan and also his music is mature,” Gwaze said.

Killer T’s latest album, ‘Mashoko Anopfuura’ that has 17 tracks, touched on issues that affect people; death, religion, romance and conflict. Like wine Killer T’s music has matured with age the Afro-jazz singer said of his idol.

The ‘Hot Property’ chanter went from singing about beating soldiers in ‘Takarova Ganaz’ to penning inspirational tracks like ‘Mashoko Anopfuura’.

“I do not enjoy songs with indecent and obscene lyrical content therefore I would not want to be associated with it.

“I followed Killer T’s music and realised that we can produce a song people can play in their in-laws presence while educating at the same time,” 25-year-old Gwaze added.

Since releasing his track ‘Pandakazvarwa’ featuring Sungura musician, Sulumani Chimbetu which captured the hearts of music lovers, Greatman has been on a significant rise to stardom.