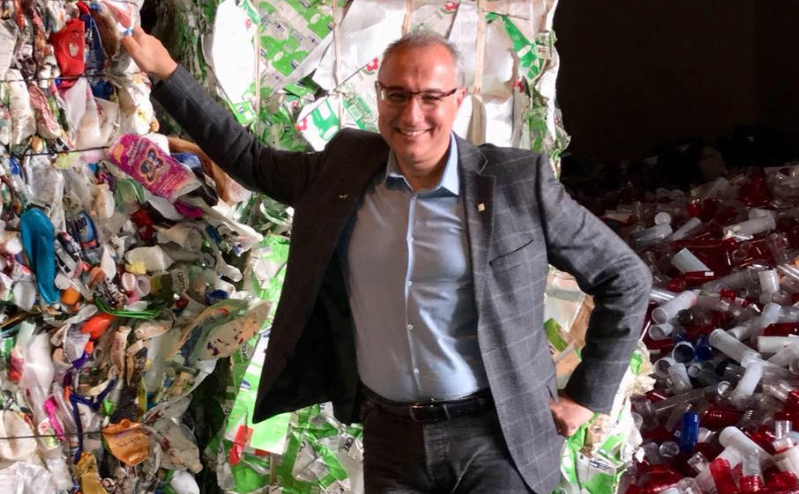 A Greek man who narrowly missed the Ethiopian Airlines flight that crashed on Sunday said he had argued with ground staff in Addis Ababa to try to get on the plane after reaching the gate minutes too late.

“I saw the last passengers going through, but the gate had already closed. I complained, in the usual way when that kind of thing happens. But they were very kind and placed me on another flight,” Antonis Mavropoulos told Greece’s private Skai Television, speaking via Skype from Nairobi.

Mavropoulos, who runs a recycling company and lives in Athens, was travelling to Kenya to attend an environmental conference and changed planes in Addis Ababa.

“I’m slowly coming to terms with what happened and how close it came. On the other hand, I’m also very upset I’m shattered for those who were lost,” he said in the interview on Monday. “To be honest, I didn’t get much sleep last night.”

Mavropoulos put his survival down to luck.

“I didn’t check my suitcase, because I knew the gap between connecting flights was tight. If I had checked the bag in, they would have waited for me,” he said. “This is a very difficult moment  one that can change your life.”

The crash of the Ethiopian Airlines jet occurred shortly after it took off from Addis Ababa, killing all 157 people on board.

In a post on Facebook, Mavropoulos said he only became aware of the crash while preparing to check in for a later flight when he was again was stopped by airport staff.

“A (staff member) politely told me not to protest and say I should thank God, because I was the only passenger who did not board Flight 302, which was still missing. … At first I thought he was lying, but his manner left no room for doubt,” he wrote.

“I felt the ground disappear under my feet. … I have written this to manage the shock that I’m feeling.”