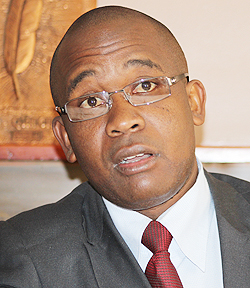 MIDDLE SABI: Tension is simmering between sugar cane producer Green Fuels and local wheat farmers after the former blocked plane hired by Grain Millers Association (GMA) to spray quella birds which are wreaking havoc in the area.
The quella birds are threatening wheat production in Middle Sabi area and local farmers have appealed to well-wishers for assistance to contain the birds amid fears they could reduce their harvest by up to 20 percent.
Most local farmers received inputs for wheat production under the Command agriculture programme which is spearheaded by government. Close to 700 hectares of land is under wheat production in the district.
Middle Sabi Farmers Association chairperson, Sikhumbuzo Tondhlana said Green Fuels denied the plane which was hired by the GMA access to spray the quella birds which usually reproduce more in sugar cane plantations.
“We are surprised whether we are in a free Zimbabwe when an individual can deny access for a hired plane to help us reduce the number of quella birds.
“Green Fuel has blocked the spray of the birds which are breeding in their sugar cane. They are giving several reasons which do not hold water,” said Tondhlana.
He said the 3,500-hectare sugar cane plantation owned by Green Fuel was threating wheat production in Middle Sabi as quella birds breed faster in sugar cane.
Tondlana said they were disappointed with Green Fuels’ conduct and vowed to take the company head on.
“They (Green Fuels) told us that the chemical would affect the sugar cane and it was
later discovered it was false,” he said.
“Then they shifted goal post, saying they were afraid that villagers would destroy their crops as they try to pick the sprayed birds.
“But, to us, it does not make sense because this is a national programme aimed at boosting food security.”
GMA chairperson, Tafadzwa Musarara confirmed the development, saying they hired a plane from Agri-Air to assist local farmers to fight the quella birds.
However, the plane had to stay in the area for five days after being denied access to spray.
“We heard the plight of the farmers through the media,” said Musarara.
“We were first told that the chemical affects sugar cane and the matter was addressed.
“We were later told that the chemical kills bees that help in cross-pollination. We later told them to go ahead with spraying since we had resolved that we would outsource bees for the company but they refused.Advertisement

“It later emerged that the company was afraid that villagers will destroy the sugar cane as they try to collect the sprayed birds.”
Musarara said since the Rhodesian-era the Middle Sabi area is known for wheat production and this should not be stopped by the emergence of quella birds in the area.
“We had organised with the pilot and National parks so that a two hectare can be sprayed. We were surprised when the pilot received a phone call around 4pm not to spray.
“He was threatened with a lawsuit. Since he was third party, he could not do anything,” said Musarara while addressing a recent Command Agriculture winter wheat field day.
The GMA chief said the hired plane spent five days parked as the standoff between farmers and Green Fuel dragged on.
He said the matter should be resolved amicably between Green Fuel and local farmers as the standoff is a potential threat to wheat production in the area.