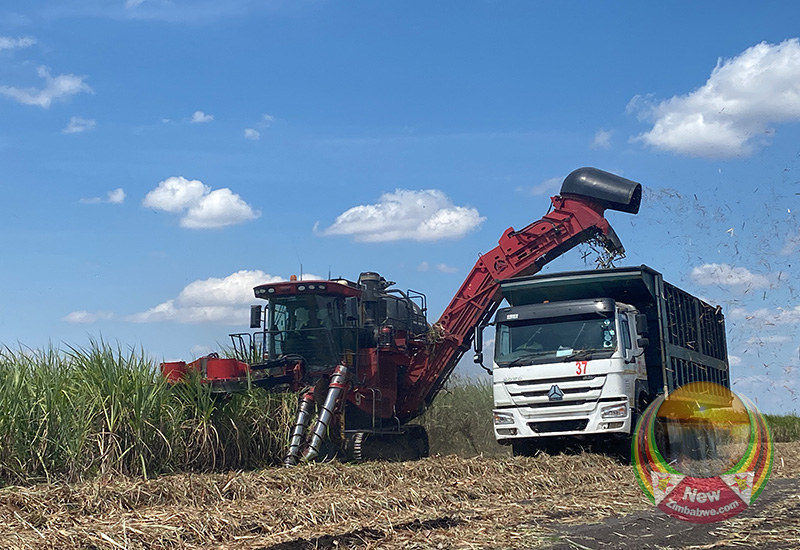 OVER 500 villagers, most of whom had been against the existence and later expansion of Billy Rautenbach’s vast Greenfuel in Chisumbanje, are warming up to the establishment which is offering an acre of irrigated fields and inputs per family.

The acres, which form part of Green Fuel’s 40-hectare investment in the Chisumbanje Area, occupy previously contested land in the lowveld, where villagers had been demanding compensation before development by the fuel company.

Green Fuel is occupying land owned by the Agriculture and Rural Development Agency (ARDA) while investing in sugarcane farming, production of ethanol and also electricity generation.

Those who have benefited from the scheme, introduced to appease villagers as well as part of the company’s corporate social responsibility, told NewZimbabwe.com they are now earning much more than they were when they owned large tracts of land, they could not make use of.

Joseph Mashava from Chinyamukwakwa Village, whose 150-hectare plot was repossessed by Greenfuel, said the irrigation offered by the company had seen him realising four times what he was getting from his land.

Mashava, who is married to 14 wives and could not remember the number of children he has, was well known for the ‘fiefdom’ he owned.

“This is a blessing, I could not fend for my family. We used to struggle when it came to water but now, we have an acre of irrigated land and no longer fear that our produce will be burnt by this area’s scorching heat,” said Mashava.

“I had 150 hectares of land previously, a vast area popularly known as Senge Jira, which they took. At first, I complained as I thought they were being inconsiderate, but then started reaping eight bales on that acre when I used to get two from all that area.

“Some of those who are yet to get into this scheme are definitely complaining, just like I did, but they do stand to benefit.”

Conrad Rautenbach, general manager of the firm and son to President Emmerson Mnangagwa ally Billy, said their clashes with villagers had been fueled by poor communication, politics and confusion on who owned the land they were on.

“A lot of the disputes in the past were as a result of miscommunication, some of it was political. We work with our partners, government and the District Administrator (DA),” said Rautenbach.

“Greenfuel is in a joint venture with ARDA, ARDA provides the land and Greenfuel provides the investment and technical skill. The dispute in the past was confusing.

“It was not Greenfuel, it was political, but now it has been fixed and the community has realised that we deliver on our promise, and we have a very good working relationship, not only on the land schemes but also there are a lot of community projects that we do.

“We are trying to do as much as we can, and we will continue doing so.”

Rautenbach was speaking after handover of 250 one-acre plots to beneficiaries from within surrounding villages.

Chisumbanje and neighbouring Checheche are in Zimbabwe’s region five. They are some of Zimbabwe’s driest areas, receiving less than 500 millilitres of rain each season.

The area is prone to droughts, which have further been worsened by a drying Save River whose water has been diverted to irrigating Greenfuel’s Chisumbanje plantations and the one acre.