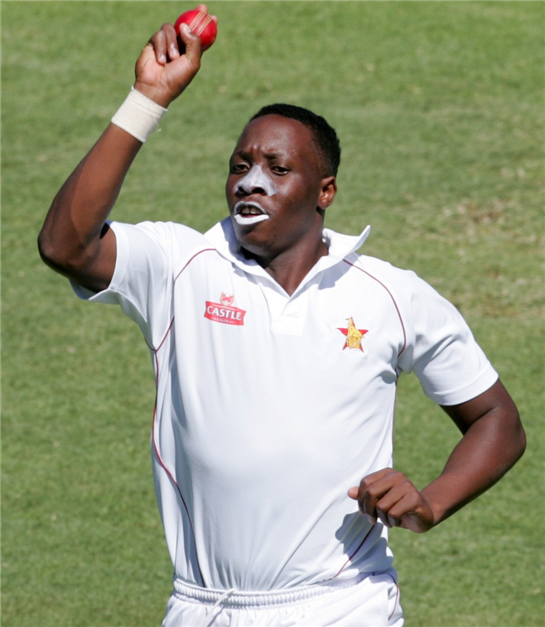 South Africa A 455 for 6 dec. (Ramela 101*, Masakadza 3-83) & 171 for 3 dec. (de Bruyn 50, Nyauchi 2-26) drew against Zimbabwe A 269 (Chari 98, Pretorius 3-38) & 192 for 1 (Masvaure 88*, Mawoyo 79*, Philander 1-9)
A STUBBORN batting performance from Zimbabwe A ensured they held their own against a South Africa A attack headlined by Vernon Philander, who is on the comeback trail.
On a typically slow Harare winter surface, Philander proved more miserly than penetrative and he did not finish as the visitors’ star performer. That title went to Omphile Ramela, who scored a second century in four matches for South Africa A to showcase the depth in the batting department that had been thought to be missing recently.
Test opener Stephen Cook started South Africa A off well, with 78 at the top of the order, sharing in half-century stands with Theunis de Bruyn and Stiaan van Zyl, who scored 73, but against a Zimbabwean attack in which only Shingi Masakadza stood out as a real threat, South Africa A’s top four would have been disappointed not to reach three figures.
Instead, it was Ramela who managed the milestone. He batted for two minutes short of five-and-a-half hours and put on 125 runs for the sixth wicket with Dwaine Pretorius to frustrate Zimbabwe A’s attack. Masakadza accounted for Pretorius but Zimbabwe A could not bowl South Africa A out and would have been thankful for the declaration that came midway through the second day.
From there, all eyes switched to Philander but Zimbabwe’s A’s openers resisted. Tino Mawoyo and Brian Chari, who went on to score 98, put on 87 for the first wicket and it was up to Dane Piedt to make the breakthrough. Hardus Viljoen and Pretorius also had success, before Philander got his first and second with successive deliveries.Advertisement

That sent Zimbabwe A tumbling. They went from 238 for 4 to 269 all out, losing their last six wickets for 31 runs, and giving South Africa A a lead of 186. Cook and Kuhn built on that slightly but de Bruyn topped up with a second half-century to push the target beyond 300. Once again, Zimbabwe A could not bowl out South Africa A and after they batted for seven overs on the final morning they declared on 171 for 3, to set the hosts a target of 358.
Chari could not repeat his first innings heroics and fell to Philander in the fifth over but that was the only success South Africa A had. Mawoyo and Prince Masvaure resisted everything South Africa A threw at them, which included 16 overs from Viljoen, another 16 from Piedt and an aggressive 10 overs from Sisanda Magala, to force the draw.
Philander only bowled eight overs in the second innings to ease his way back. The next match takes place in Bulawayo from July 15.