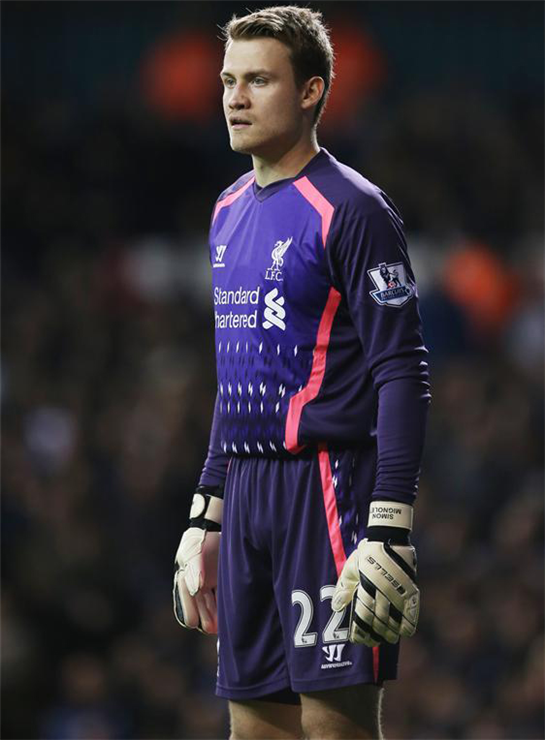 LIVERPOOL goalkeeper Simon Mignolet must take some of the blame for their indifferent start to the season, according to Anfield great Bruce Grobbelaar.
Last season’s Premier League runners-up have since sold top scorer Luis Suarez to Barcelona and clearly miss the goals scored by the prolific frontman and injury-hit Daniel Sturridge.
But former goalkeeper Grobbelaar, part of the great Liverpool side of the 1980s, said the performances of Belgian international Mignolet were also a reason why the Reds were languishing in 12th place, 18 points behind leaders Chelsea.
“He doesn’t command his area,” the 57-year-old told the BBC on Wednesday. “Yes, he is a great shot stopper. I was slaughtered last year by Liverpool fans who said I was too harsh on him. I’m not being too harsh on him. Not at all.
“I’ve likened Mignolet to worse than Dracula because at least Dracula comes out of his coffin now and then. He seems to stay on his line and that’s it. That whole area, not just the six-yard area, is the goalkeeper’s.”
Grobbelaar said Mignolet’s problems were evident last season despite Liverpool’s second-place finish.
“Any team that lets in 50 goals should never be in second position in the first place,” the former Zimbabwe international said. “That was masked and brushed over because of the brilliance of Suarez and Sturridge, scoring you so many goals.
“You have got to shore up the back. Get yourself someone in goal who can actually only let in 30 goals a season, or fewer than 30 goals.”
Mignolet was also criticised last month by former Manchester United and England defender Gary Neville, now a Sky Sports pundit, for not keeping out Phil Jagielka’s long-range strike for Everton.
Mignolet did find an ally, however, in United great Peter Schmeichel who criticised his former teammate Neville for taking the Belgian stopper to task.
Liverpool visit Bulgaria’s Ludogorets in the Champions League later on Wednesday, needing a win to boost their qualifying hopes. They are third in Group B with three points from four games.Advertisement