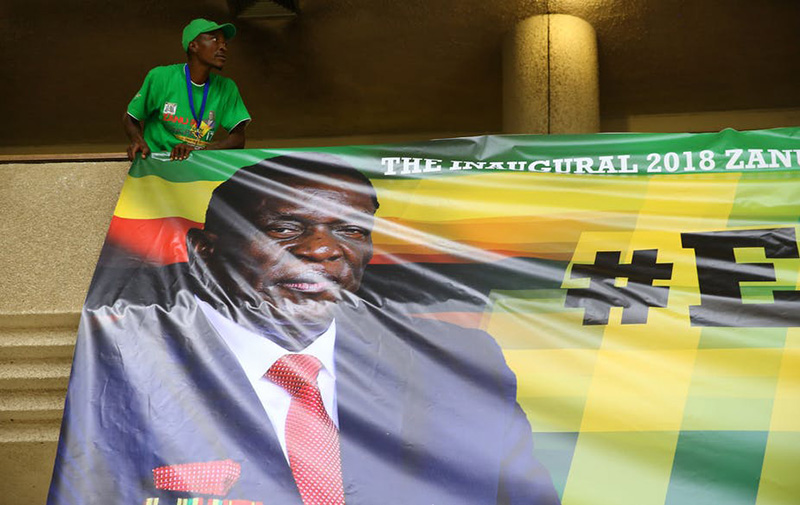 A local pressure group, Habakkuk Trust has expressed concern over the high incidence of campaign posters defacement and destruction among political rivals in Matebeleland province.

According to Section 36 (6.d) of Electoral Amendment Act, “no political party or any of its members or supporters and no candidate or any of his or her supporters may damage or deface property, including the election posters, placards, banners and other election material of another party or candidate and any posters or other education materials disseminated by the Electoral Commission”.

“In Nkulumane, I am having a serious challenge with Zanu PF activists who are removing my posters and replacing them with that of Mnangagwa. Last week, I went to Nkulumane police station to report Mnangagwa for tampering with my posters but the police told me that I cannot sue Mnangagwa because he is not directly responsible for the crime. I stood my ground that Mnangagwa should be the one to be arrested because the posters which had been removed were replaced with those bearing his name,” said Xaba.

Several political activists from different parties have been arrested and arraigned before the courts for destroying rival’s posters.