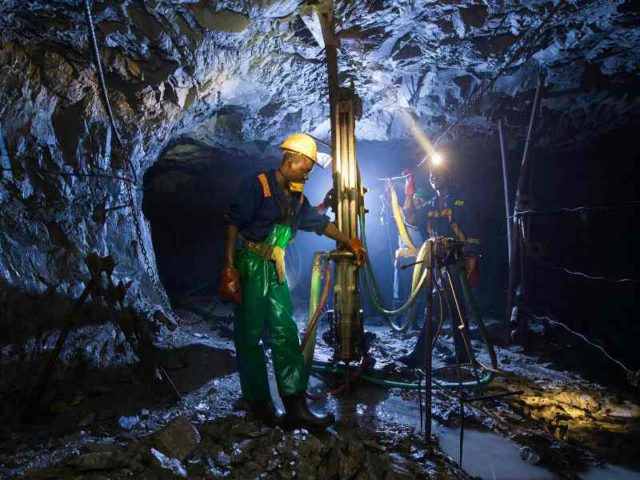 Privately-owned African gold producer and exploration company Metallon Corporation believes that Zimbabwe’s new political dispensation will open up the doors to the much needed financial support so desperately lacking in the southern African country.

With four operating underground gold mines and a significant mineral resource of 8.3 Moz of gold (based on June 2016 reserves), as well as exploration targets that could add between 4 Moz and 6 Moz to this resource, Metallon is under way with an ambitious strategy aimed at significantly increasing its overall gold production while also further exploring its mines at depth and on surface as a means to grow its resource base even further.

Metallon’s initial and short-term strategy is to ensure that each of its four mines reach their full designed output capacities.

“Our focus for 2018, which will be to bring the mines to capacity, is a critical first step that needs to be taken before we can initiate our expansion projects,” says Metallon CEO Ken Mekani, who adds that this will not only lift the company’s gold production to between 120 000 ozpa and 130 000 ozpa, but drive down its operating costs in the process.

The company has already identified growth projects at each of its mines and is currently underway with the necessary feasibility studies for the identified expansion projects.

Despite the company’s already impressive 8.3 Moz mineral resource, each one of Metallon’s mines has significant upside potential which lends each mine to further expansion.

“All of our mines remain open at depth and are underexplored across their strike extensions,” says Mekani.

Metallon began restructuring its business in September 2017 as part of its above mentioned strategy to increase efficiencies and to meet the growth targets that it has set.

As part of the restructuring exercise, each of Metallon’s four operating mines will now operate as separate entities.

“By making the mines standalone operations, we are able to increase efficiency and allow each mine to manage its own assets and operations more effectively,” says Mekani on his rationale for restructuring.

“As part of this strategy, we completed a thorough evaluation of our structure and operations. One of our key findings was that in order for us to efficiently exploit our assets in the future, we require each mine to focus clearly on managing its own operations.

“Reorganising the Group will allow each operation to manage and exploit the vast potential of our assets more efficiently and I believe that by empowering each mine, we are making the company stronger as a whole,” says Mekani.

The four operating mines and their work programmes

As a means to support Metallon’s underground mining operations, the company is focused on unlocking surface mining potential which is a more cost effective mining method and a viable means to support the underground operations – which are some of the oldest mines in Zimbabwe, having produced gold as early as 1890.

How mine is Metallon’s biggest gold producer, responsible for 55% of the company’s total gold production.

“We have begun a shaft deepening project at our 16N7 shaft and will be extending the shaft depth from 28 Level to 34 Level as a means to open up new mining areas to increase production volumes at the mine,”explains Mekani.

The company has also identified, through infill drilling, an old working area called 320 North; which is an extension to the ore body currently being mined.

“We have begun redeveloping this area and it is delivering good grades,” highlights Mekani.

At Shamva mine, the company’s second largest gold producer, accounting for 25% of total gold production, work is underway to unlock the significant surface potential at the Shamva Hill prospect, located about 3 km from Shamva mine. A 10 000 m drilling programme, focused on eight targets at Shamva Hill, will begin in March to fully test what early indications thus far have identified as a potential opencast ‘super pit’.

At the Mazowe mine, which currently accounts for 15% of total gold production, Metallon is also under way with a robust surface exploration programme at the Amatola prospect, where 1 000 m of strike length exists – 200 m of which has been explored.

In terms of underground mining at Mazowe, an underground exploration diamond drilling programme with the objective of delineating 400 000 t at 6.0 g/t of gold is in progress to support the expansion programme.

The company is also investigating if it is feasible to bulk mine the narrow gold reefs as a means to increase production output from the underground mine.

The Redwing mine is Metallon’s smallest operation, accounting for about 12% of total gold production.

Redwing mine is a combined underground and sand/slimes retreatment operation, with one processing plant dedicated to underground operations and another to surface sand operations.

The mine was placed on care and maintenance in 2008 and resumed operations in 2015 after being de-watered.

The ability to access funding in Zimbabwe has been Metallon’s biggest barrier to its expansion plans to date.

Because of the increasing liquidity challenges in Zimbabwe, which meant that banks had insufficient cash reserves to make any further commitments to lenders and the fact that companies were unable to borrow money from external funders as a result of the country’s risk factor, businesses in Zimbabwe was regarded as unfavourable by the investment community.

Light at the end of the funding tunnel

“We hope that with the new political dispensation that this barrier to raising funding will change,” says Mekani.

Quoting Zimbabwe’s new president Emmerson Mnangagwa, Mekani says that “Zimbabwe is open for business”, and believes that companies can now look forward to becoming part of the global community.”