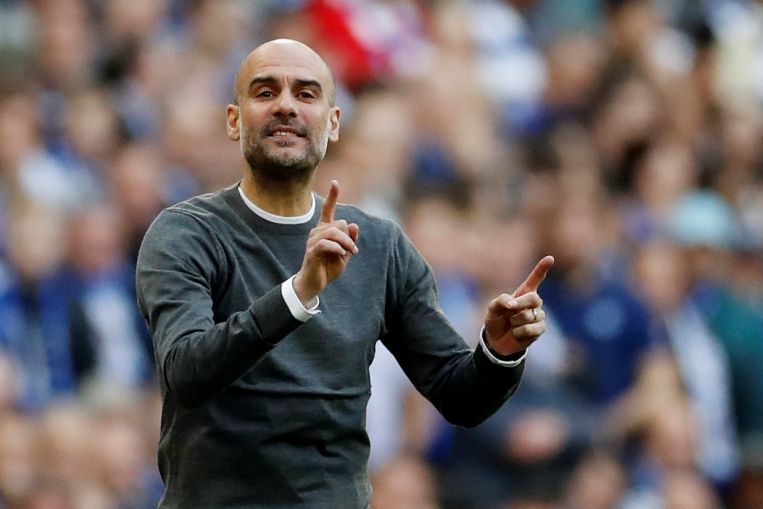 Pep Guardiola has apologised if the early announcement of his arrival at Manchester City in 2016 destabilised his predecessor Manuel Pellegrini’s attempt to win the quadruple.

Pellegrini will bring his West Ham side to Manchester on Wednesday, making his first visit to the Etihad for a match since City sacked him to make space for Guardiola.

The Chilean confirmed in February 2016, three months before his departure, that he was being replaced, and City, who were still in contention to win four trophies at that point, picked up only seven points from the seven league matches that followed.

They did win the League Cup that season, and reached the semi-finals of the Champions League, but needed a draw at Swansea on the final day of the campaign to secure fourth place.

Pellegrini acknowledged in May 2016 that his decision to announce his departure contributed to City’s subsequent loss of form, saying that “something was broken in that moment”.

Guardiola, who joined City from Bayern Munich, said he was unaware that his impending arrival caused such instability.

“I don’t know. He can answer that. I was in Munich, so I don’t know what happened in the locker room and what the reason why is,” he said.

“But if it was the reason — I think nobody can know it — I’m sorry and I apologise. Everybody was honest to tell Manuel what was happening, but really it’s a question for Manuel.”

Pellegrini won the Premier League and the League Cup in the first of his three seasons at City, and his role in the club’s rise was acknowledged by Guardiola.

“Of course, all the players I have in my hands now were with other managers and they learned a lot from that –- and I benefit from that.

“In the past decade, they were involved with (Roberto) Mancini and Manuel and myself, with all the staff and all the players, we have created Manchester City.

“I didn’t build it. I didn’t create it. Many incredible players and managers, everybody, did something.

One of the most important signings City made under Pellegrini was Raheem Sterling, who scored the decisive kick as Chelsea were beaten in a penalty shoot-out in Sunday’s League Cup final.

Sterling has scored 15 goals this season, including the 90th-minute winner in the 3-2 Champions League last-16 first-leg win over Schalke on February 20.

And Guardiola was impressed by the 24-year-old’s bravery to take the deciding spot-kick against Chelsea.

“I cannot anticipate how far his career will go. But I admire the fact that, in Sunday’s situation, he took responsibility,” he said.

“The fact he said he wanted to hit the last penalty or even the first one, or take that responsibility, that means a lot.

“Of course, he helps us a lot, but he will retire and say: ‘I took responsibility and I was brave with courage in the big moments’.

“These kinds of players are judged on these kinds of actions. In basketball, the last seconds, who is the taker in the last action? That makes the difference.

“The penalty in the final of the World Cup, who’s the taker? So that is what makes the difference -– to have the feeling that, when everyone has doubts, says: ‘I am going to do that’. That is massive.”