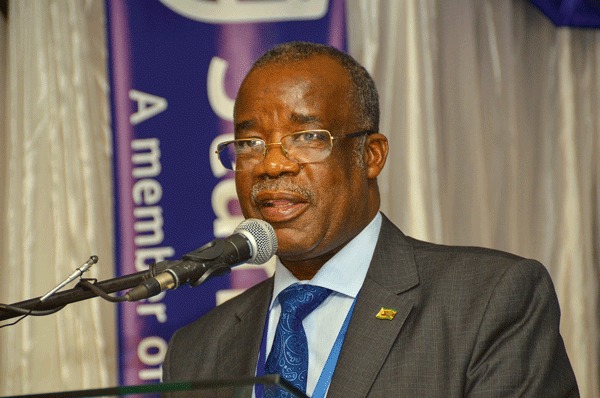 Gudyanga who has pending similar charges after he allegedly sat on the company’s board alone, is being charged together with Sibongubuhle Mpindiwa, 35, and Jacqueline Munyonga, 41.

Mpindiwa is employed as the acting provincial director Masvingo while Munyonga is the company’s legal advisor. They were released on $200 bail each coupled with reporting conditions.

According to the state in 2003, a company called Reedbuck Investments that had mining rights at Lenox Mine, entered into an agreement of sale claims with Two Flags Trading Pvt Ltd and informed Masvingo commissioner.

Court heard that during the year 2006, instead of registering the mine in the name of Two Flags Trading, Gudyanga and his accomplices facilitated the registration of Lamona Enterprises Pvt Ltd and authorised it to run the mine.

It is alleged that during the same year, the trio caused the Mines ministry to transfer mining claims from Lamona Enterprises to Tambanashe Investments Pvt Ltd and issued registration of the company.

However in 2015, Two Flags filed a lawsuit against the then minister of Mines Walter Chidhakwa over mining rights.

As such, the trio had legal duty to defend and never responded to the lawsuit leading to default judgement over mining rights granted to two Flags under High Court order 1185/15 to the prejudice of Tambanashe Investments Pvt Ltd.

To cover up for the offence, Gudyanga allegedly published a gazette purporting that there were lost certificates of registration in the name of Reedbuck Investments Pvt Ltd.

On the same day, he allegedly served Tambanashe Investments with a notice to cancel certificate of registration.

Prosecutors said this was inconsistent with their duties as public officers.

However, through his lawyer, Tafadzwa Muvhami, Gudyanga notified the state that he intends to challenge placement on remand on next court appearance.

The three will be back in court on March 21.

Linda Gadzikwa appeared for the state while Tilda Mazhande is presided over the case.