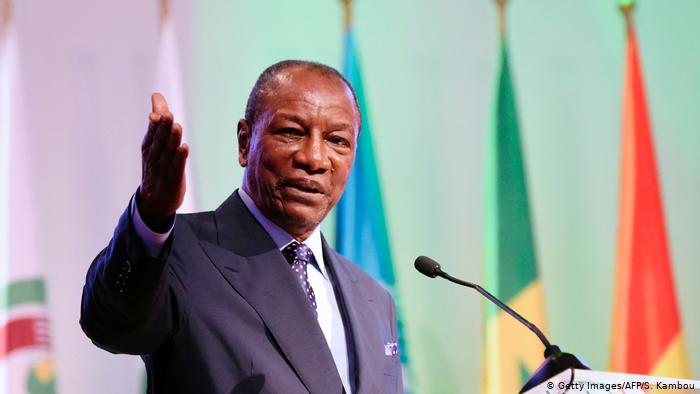 Guinea’s president, Alpha Condé, has won a controversial third term with 59.49% of the vote, the National Independent Electoral Commission declared on Saturday.

His victory came amid widespread protests that were violently suppressed by security forces.

Some people went on to the streets to protest immediately after the announcement. Such demonstrations have occurred for months after the government changed the constitution through a national referendum, allowing Condé to extend his decade in power.

Political tensions around the election in the west African nation turned violent in recent days after Diallo claimed victory ahead of the official results. Celebrations by his supporters were suppressed when security forces fired teargas to disperse them.

At least nine people have been killed since the election, according to the government. The violence sparked international condemnation by the US and others.

A policeman was killed in Guinea’s capital, Conakry, on Wednesday during clashes with opposition supporters who burned barricades in the streets after initial results from Sunday’s presidential election showed Condé in the lead.

“Today is a sad day for African democracy,” said Sally Bilaly Sow, a Guinean blogger and activist living abroad. The government should take into account the will of the people who have a desire for change, he said.

This was the third time that Condé had faced Diallo. Before the election, observers raised concerns that an electoral dispute could reignite ethnic tensions between Guinea’s largest ethnic groups.