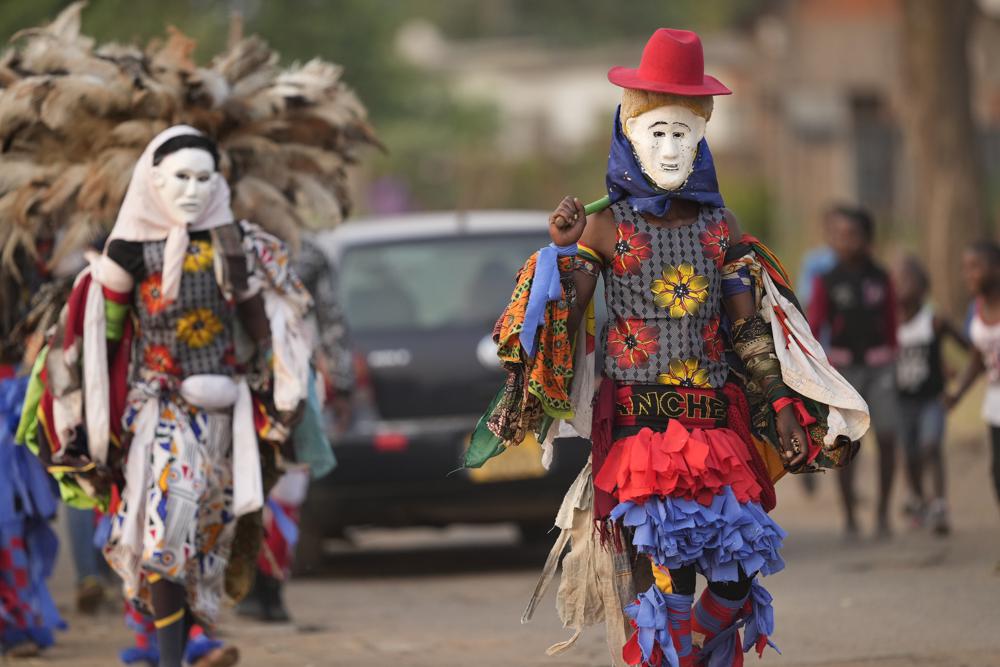 HARARE: Deep into the night, the sound of drums reverberated through the township of Mufakose in Zimbabwe’s capital city. Barefoot dancers pulsated to the beat in colourful clothing and gory masks. Some had their faces and heads covered with poultry feathers.

In the past, the mere sight of members of the group performing the Gule Wamkulu ritual dance would have sent shivers down the spine of many outsiders. But on this night dozens of people, including young children, squeezed in for a closer look, their cellphones lighting up the spectacle.

Previously, “even the adults would prefer to watch our dances from a distance. People were scared of us,” said Notice Mazura, organizer of the jamboree.

Long seen as a secretive, ritualistic society with mysterious connections to the spirit world, performers of the Gule Wamkulu, or “the great barefoot dance,” are increasingly opening to the public as part of an engagement drive that seeks to counter such negative impressions and rehabilitate the group’s reputation in society.

Gule Wamkulu traces its roots to the Chewa people of the countries of Malawi, Mozambique and Zambia in southern Africa. It gained a foothold in neighbouring Zimbabwe in the early 1900s, when thousands of people from those countries came to what was then colonial Southern Rhodesia as migrant labourers.

The dance is mainly practiced in towns and mining and farming communities, and the exact number of practitioners is unknown due to the numerous, loosely knit groups countrywide.

In 2008, UNESCO included Gule Wamkulu on its list of Intangible Cultural Heritage of Humanity, a global roll of arts, rituals, crafts and traditions that are passed from one generation to the next. The U.N. agency describes it as a “secret society of initiated men” involved in a “ritual dance” dating to the 17th century. 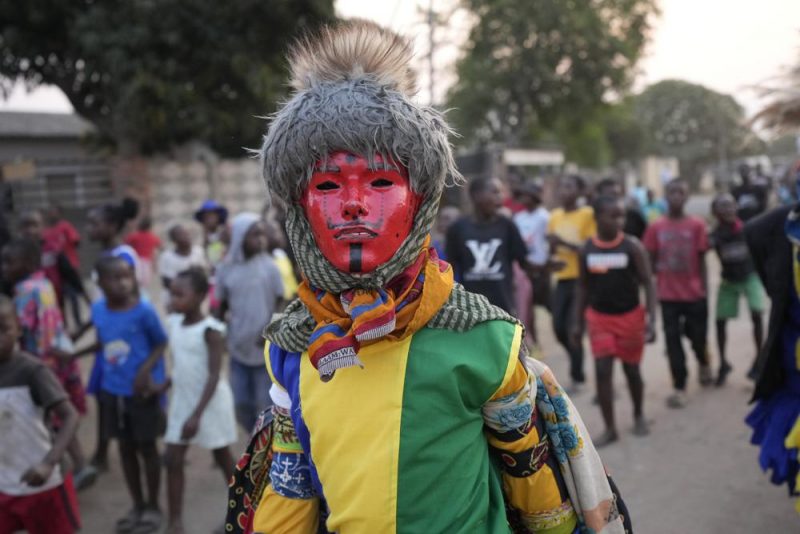 Over the years, however, some unsettling reports have filtered out that colored societal impressions of Gule Wamkulu: A young man died after being buried alive as part of a resurrection miracle gone wrong. A man was assaulted and left for dead, allegedly for breaking internal rules. A teen boy was forced to eat raw chicken as part of an initiation rite.

The society’s reputation is further under threat in Zimbabwe due to the proliferation of copycat groups that commit crimes such as extortion, theft, sexual abuse and assault.

“We have to remove the stigma attached to our dance,” said Kennedy Kachuruka, leader of the Zimbabwe Gule Wamkulu Organization. “We want people to respect us and not fear us. We don’t want to push them away, but we want to charm them. That is the only way they can appreciate who we really are.”

Kachuruka, who is also president of the Zimbabwe National Traditional Dancers Association, described Gule Wamkulu as “a ceremonial dance to connect with the dead.”

Enter the public relations campaign, which operates on the hope that the more people are exposed to Gule Wamkulu, the more they can distinguish between the copycats and genuine members.

Though the dances are traditionally performed at funerals, weddings and other events involving members, they have been doing more and more public performances in recent years, including collaborating with mainstream musicians. Several festivals were organized countrywide as part of the campaign. 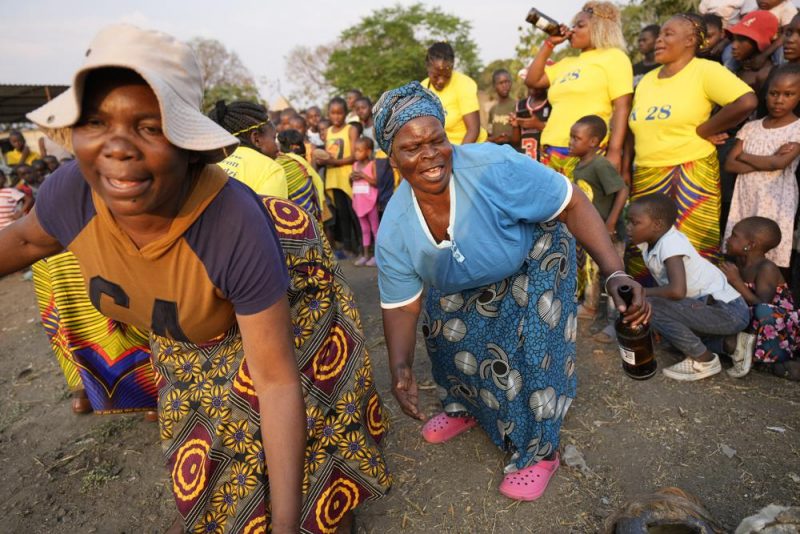 At the one in Mufakose, onlookers gasped as a dancer on tall stilts effortlessly incorporated into the rhythmic movements. Some in the performance wore animal masks. People in the audience threw money in appreciation.

“These people are evil,” one Mufakose resident, George Dezha, said of the spectacle. “They move around with weapons and are violent criminals.”

Much of the air of mystery surrounding Gule Wamkulu remains: The identity of those behind the masks is kept secret, and the shrines they use to change into their outfits are off limits to nonmembers. Attaining membership involves undergoing secret graveyard rituals.

“We try to maintain the rituals left to us by our fathers. The most important aspect are our secrets, without them we are nothing,” Kachuruka said. “It’s not just a dance, it’s a way of life. It’s a culture and a religion.”

Gule Wamkulu previously survived attempts to ban it by early Christian missionaries who viewed African cultural practices as evil. To adapt, some dancers joined Christian churches while continuing to practice it on the side, according to UNESCO.

Phineas Magwati, an expert on music and culture at the Midlands State University in Zimbabwe, said copycats today pose a challenge to Gule Wamkulu by appropriating the dance movements, costumes, props and instruments.

Their motive in mainly financial, inducing unsuspecting people pay for dances on the streets of townships, according to Magwati. The copycatting can dilute the Gule Wamkulu tradition to a certain extent, but he considers the threat to be minimal.

“Copycats and frauds cannot go beyond to fully unpack the ritual aspect of the dance practice,” Magwati said. “The ritual aspect can only be done genuinely by the real cultural creators.”

He called the public outreach campaign “a turning point” in demystifying Gule Wamkulu and helping outsiders appreciate it as a legitimate cultural practice.

For Kachuruka, debunking negative perceptions is key to the survival of Gule Wamkulu’s authenticity and mystical nature.

“We need the public on our side to remove suspicion and gain acceptance,” he said.