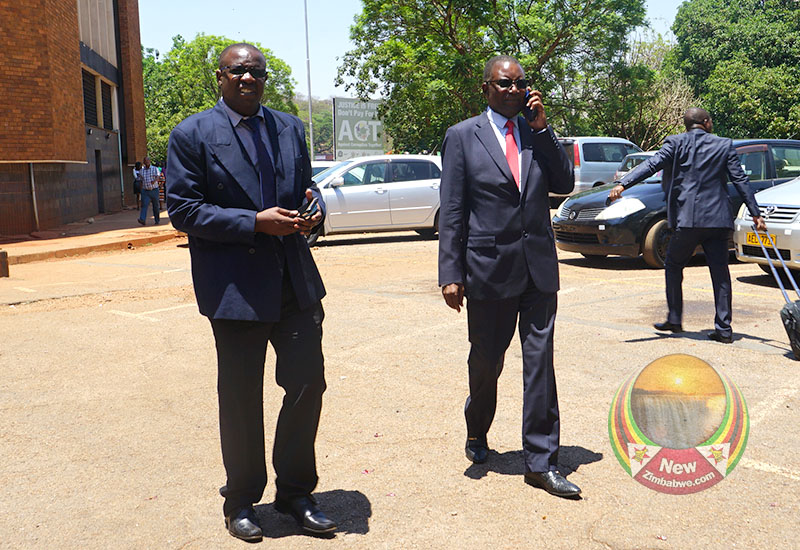 MINISTER of State for Presidential Affairs in charge of Implementation and Monitoring Joram McDonald Gumbo, who was picked up by Zimbabwe Anti-Corruption Commission (Zacc) investigators on Monday over criminal allegations involving abuse of US$37 million, has been released.

His lawyer Selby Hwacha said it was the media that had made a rush of things and blown a simple police inquiry into “something big.”

Hwacha said his client was already home during the time journalists were waiting for him to appear at the Harare Magistrates’ court.

“He is already home. He has been released. He has not been charged with any criminal case. Zacc was only conducting its investigations and we went to court in the morning but we were sent back to Zacc for further questions before he was released,” Hwacha said.

Gumbo was seen at the courts briefly in the morning before he was whisked away by Zacc officers.

Official information released revealed that charges preferred against Gumbo arise from four separate incidents during his tenure as Transport and Infrastructural Development Minister.

Zacc confirmed that Gumbo gave his warned and cautioned statement on Monday. But Hwacha claimed there had not been a statement from his client recorded.

“There was no statement at all,” the lawyer said.

On Monday, Zacc chairperson Justice Loice Matanda-Moyo confirmed to NewZimbabwe.com that indeed Gumbo had been arrested.

The Zacc boss had promised to give details later that day but had not issued a statement up to late Tuesday afternoon.

In the first of the allegations, Gumbo was accused of corruptly facilitating the awarding of a US$33,3 million tender to Indrastemas & Homt Espana of South Africa for air traffic control equipment without following the procurement procedure.

He allegedly authorised the company to supply the equipment to the Civil Aviation Authority of Zimbabwe (CAAZ) without going to tender.

Gumbo was also accused of showing favour with his relative and Zanu PF activist, Mavis Gumbo through awarding her a contract to rent out her house to Zimbabwe Airways.

It was alleged that as part of the deal, Gumbo directed the release of US$1 million for the refurbishment of Ms Gumbo’s property and customising it into the airline’s headquarters.

State prosecutors claim government lost US$1 million in refurbishing the property and Ms Gumbo received huge amounts of money in monthly rentals from a government investment.

Gumbo was also accused of corruptly reinstating CMED chief executive Davison Mhaka, despite a disciplinary tribunal finding him guilty of misconduct after the latter authorised payment of US$2,7 million to a fuel company for the supply of the product that was never delivered.