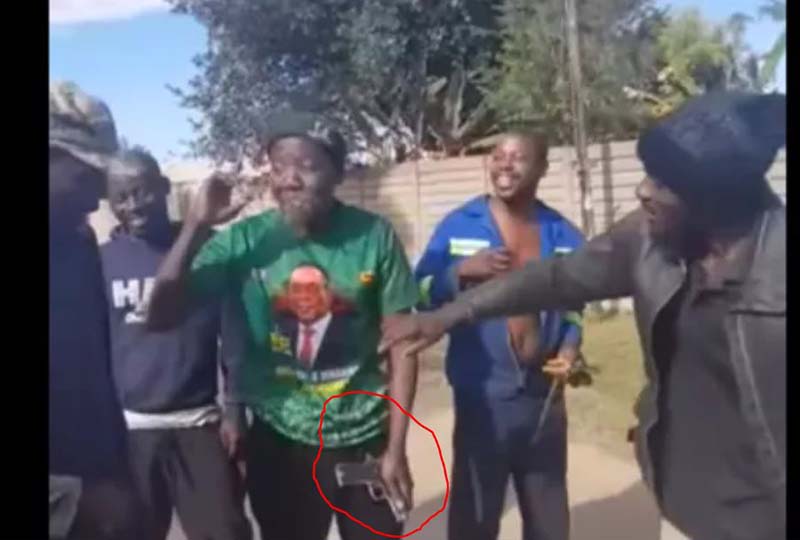 AN overzealous Zanu PF supporter, shown in a viral video firing a bullet excitedly in the air while declaring the ruling party was winning the July 30 elections, has been arrested and brought to court.

Trevor John Kudenga, who in the video is seen dressed in a party ticket with President Emmerson Mnangagwa’s face, appeared in court on Wednesday.

He is answering to a charge of contravening the Firearms Act, alternatively unlawful discharge of a firearm at a public space.

Kudenga appeared before Harare magistrate, Milton Serima and was released on $50 bail.

He will be back in court on July 27 pending his trial.

According to the State, Kudenga committed the offence on July 15 this year around 7 am.

It is alleged he was in company of his friends when they started taking each other video images while cheering each other.

Overwhelmed with excitement, Kudenga then withdrew his Star pistol, serial number 1419112, and fired one shot in the air.

After realising he committed an offence, Kudenga took his gun to the National Armoury and surrendered it.

He went on to hand himself over to the police two days later.

A video that was captured will be used as an exhibit as well as the gun he used to commit the offence.

Prosecutor Sebastian Mutizirwa said there are several witnesses to testify against the accused.