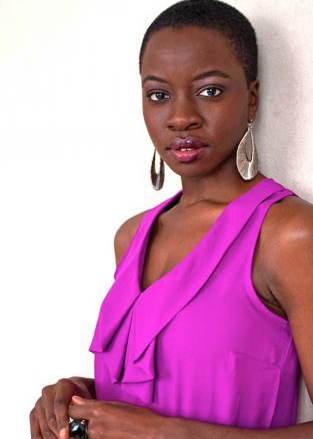 YALE Repertory Theatre is presenting the world premiere of a play it commissioned, “Familiar,” by Danai Gurira, starting Friday, Jan. 30.
The writer, who was born in the United States and raised in Zimbabwe, scored earlier hits at Yale Rep with “Eclipsed” in 2009 and “In the Continuum,” which she co-wrote with Nikkole Salter, in 2007.
The show is directed by Rebecca Taichman, whose earlier Yale Rep productions include the spectacular 2012 “Marie Antoinette,” starring Marin Ireland.
“Familiar” is set in a snowy Midwestern suburb, where a couple is preparing for the marriage of their daughter. Arguments erupt within the family when the first-generation American young woman insists on a traditional Zimbabwean wedding ceremony.
Yale Rep describes the play as “a richly funny and deeply moving (tale of) the complicated relationships between mothers and daughters, sisters, wives and husbands — the customs they keep, and the secrets they keep buried.”
Gurira is also an actress with credits that include playing Michonne on the AMC series “The Walking Dead.”Advertisement