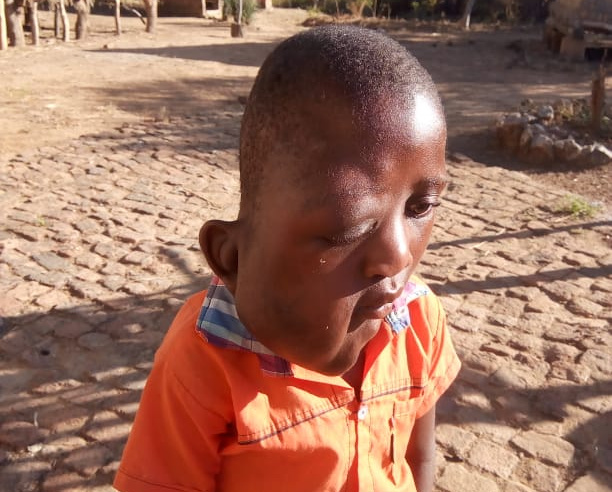 Mt Darwin: A seven-year-old boy from Guruve is struggling to get a medical procedure to remove a rare growth on the left side of his face as his parents cannot raise the required funds.

Speaking to NewZimbabwe.com at Karanda Mission Hospital, Morelife Chireru‘s father said the family was left in crisis after a medical doctor who was set to perform the surgical operation last year died before he could do so.

“I came to Karanda last year and after going through scans, one of the doctors booked me to come back towards the end of May 2021.

“Unfortunately, when I arrived here in high spirits that my son will finally get assistance, I was informed that the doctor who had booked us passed away about a month ago.

“So, I have to go back to Guruve since other doctors at the institution said they could not undertake the procedure,” he said.

Chireru, who can be contacted on 0779 895 586, narrated how he had travelled to Harare hoping to get some assistance but to no avail after Parirenyatwa Hospital demanded up to US$3 000 for the procedure.

“Being a rural based peasant farmer, there is no way I can raise such a sum of money. I was hopeful after being charged around US$700 at Karanda Mission,” he said.

He said the rare growth was noticed when the minor was just five years of age and has been growing since then.

It has now reached an extent where it is affecting the child’s progress in school and socially.

Official records show that the country spends around US$40 per person through the annual budget allocations falling far behind regional counterparts like South Africa which spends US$650, Zambia US$90 and Angola US$200.

The inadequate public financing of health has resulted in an overreliance on out-of-pocket and external financing, which is highly unsustainable and pushes the vulnerable away from adequate health care.