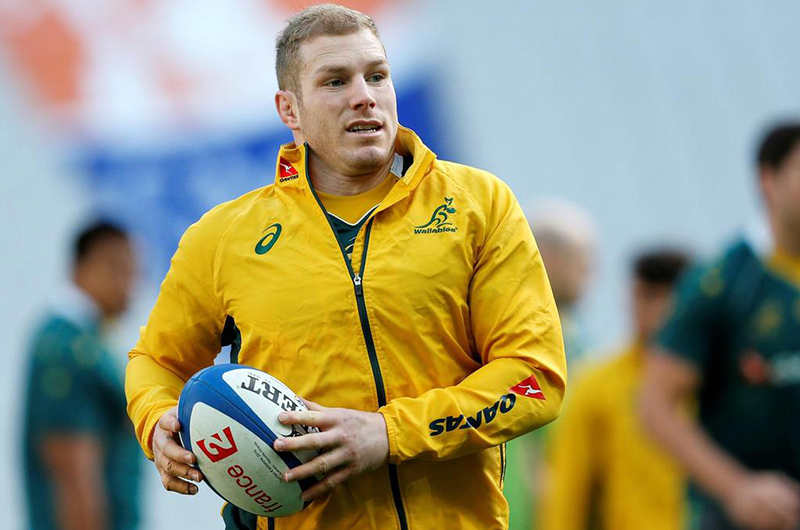 The 30-year-old Gweru-born player and current vice captain of Australia’s national rugby made a seamless return to Test rugby this season, after sitting out the 2017 season on sabbatical.

Pocock, who also won the medal in 2010, was the clear winner during the Rugby Australia (RA) Awards at Sydney’s Randwick Racecourse on Friday night, collecting 123 more votes from his Wallabies teammates than second placed Lukhan Tui.

“I’ve loved being back in the Wallabies jersey this year. It’s an outstanding group. We haven’t got the results that we’re after but we’re working on it.”

The hardworking back row forward also reinforced his standing in the eyes of Wallabies supporters by taking out the fan’s choice award as Australia’s Player of the Year.

“Individual awards in team sports are always a bit awkward. Your teammates are the guys you want to play well for. It’s a huge honour but it feels a bit strange,” Pocock said.

His family (father, mother and two younger brothers) moved to Brisbane to start a new life in 2002, after the family farm was ‘acquired’ in Zimbabwe’s then chaotic land reform programme.

In Australia, Pocock attended Anglican Church Grammar School and threw himself into sport, representing the school in rugby, waterpolo, athletics, swimming and cross country before focusing on rugby and waterpolo in his final two years of school, representing Queensland in both sports.

His rugby breakthrough came in 2005 when he toured with the Australian Schoolboys to the UK and on his return moved to Perth to join the Super Rugby franchise Western Force for their inaugural 2006 season on an apprentice contract.

And, as they say, the rest is history as it was the start of a very successful career professional rugby career.

The rugby star is the co-founder of EightyTwenty Vision, an organisation that partners with a rural Zimbabwean community development organisation that works in Nkayi, Zimbabwe. The focus areas have been around maternal health and food and water security.