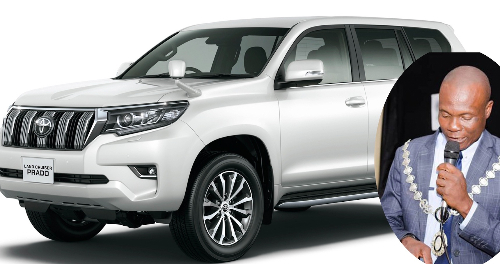 FORMER Gweru Mayor Josiah Makombe has come under scrutiny for allegedly abusing a council vehicle which was allocated to him when he assumed office.

Makombe, who was recalled by MDC-T leader Douglas Mwonzora for siding with rival Nelson Chamisa, is still using a council vehicle despite having left the office of the mayor. He is allegedly using it in his current campaign ahead of the March 26 by-election.

The former mayor is plotting a return to the council chambers under the Citizens Coalition for Change (CCC) banner.

The continued use of the vehicle has caught the attention of residents who have warned of a possible legal battle.

In a letter dated February 15, addressed to the city’s town clerk by Gweru Residents and Ratepayers Association (GRRA), executive director Cornila Selipiwe alleges that Makombe is ferrying party supporters with the vehicle to and from political gatherings.

“We refer to the above matter and write to inquire on the circumstances justifying the continued abuse of council vehicle, a Toyota Prado (black) by the former Mayor and former councilor of Ward 2 Josiah Makombe. We have observed with concern that despite him relinquishing office, continues to misuse the vehicle. The vehicle is being used as a campaign vehicle, ferrying party supporters and activists and has had registration plates removed,” Selipiwe alleged.

The Gweru city fathers were also given a 48-hour ultimatum to respond to the accusations failing which residents would take the legal route.

Makombe, however, kept on terminating calls made to his mobile phone by NewZimbabwe.com while text messages sent to him were not responded to until the time of publishing.

He was recalled in December last year but is eyeing an early come back at the town house where he hopes to return using the CCC ticket.