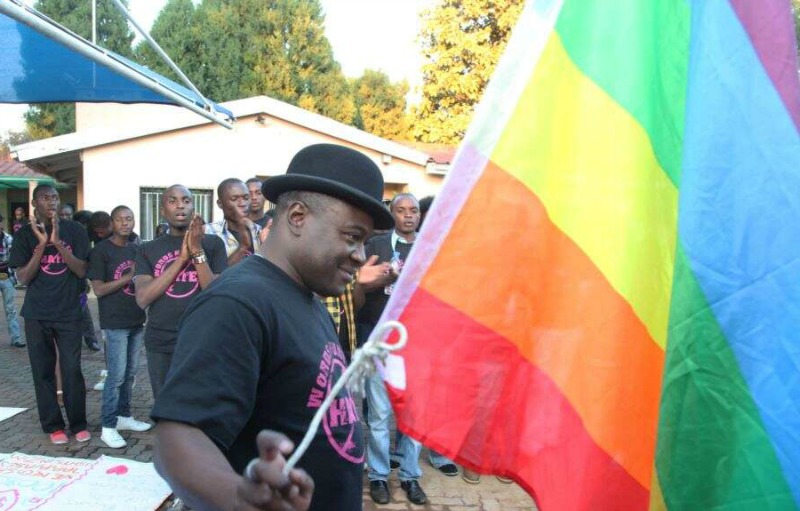 Men having sex with men (MSM) in the city of Gweru have appealed to relevant authorities to avail lubricants that they use in their intimate moments.

They made their appeal at a National Aids Council (NAC) organised HIV stakeholders meeting held in the third largest city recently.

However, their appeal did not go down well with some government officials who felt that the by availing to them what they were praying for, this was a way of promoting gay activity in a country that has failed to tolerate gays.

“We are appealing to the Ministry of Health to avail lubricants at local hospitals and we have had several complaints from men having sex with men that they are not there,” Paul Zvavanjanja Peer Educator Coordinator from Sexual Rights Centre (SRC) said.

“So as an organisation, we end up sourcing them to assist the men but they should be available at all health institutions for free and easily.”

However, his presentation raised eyebrows from some stakeholders, among them Youth and Education Ministry officials.

Zvavanjanja defended the call saying it was in fact part of government’s programming in the fight against the spread of HIV and AIDS.

“This is not an SRC programme,” he said.

“It is a government initiative through the Ministry of Health and Child Care, so it’s not just from us as an organisation,” he said to officials.

“We are not here to promote homosexuality in Zimbabwe.

“Remember we do have the motto, ‘Ending Aids by 2030’. So it has been found out that HIV prevalence rate is high among key populations, such as men having sex with men.

“So with that high HIV prevalence rate, to ignore that group, it is extremely dangerous and this will not help at all.”

Zvavanjanja added, “The programme is not focusing on the practice itself. On that, whatever they (gays) are doing, they should practice safe sex so that they don’t get infected by HIV.

“Just like sex work long ago, it was taboo to talk about it but they (sex workers) have been included in programming in the fight against the spread of HIV.

“All the practices are not acceptable but the programming is whoever is practicing must do it in a safer environment.”

It was also shared during the meeting that laws that criminalise same sex often hinder men who have sex with men from accessing condoms and by successfully addressing these structural barriers, individuals are empowered and able to access HIV prevention services.