Gweru Mayor Josiah Makombe has defended council’s decision to suspend Town Clerk Elizabeth Gwatipedza (pictured below), adding that the move was not politically motivated, but was meant to rid the Midlands city of incompetence.

He was speaking at a press briefing in Gweru on Tuesday.

Makombe on Monday served Gwatipedza with her suspension letter.

The mayor returned on Tuesday to defend the decision.

He said service delivery in the city was not satisfactory and the Town Clerk who is supposed to be steering the ship seemed clueless.

“Council today (Tuesday) suspended the Town Clerk of the City of Gweru, Madam Gwatipedza. We are coming from a special council meeting to deliberate on the suspension letter that I gave her yesterday.

“Councillors unanimously adopted the suspension pending all the processes that needs to be done,” he said.

Makombe tried to downplay the rift between management and councillors.

He said this was “just a suspension”. 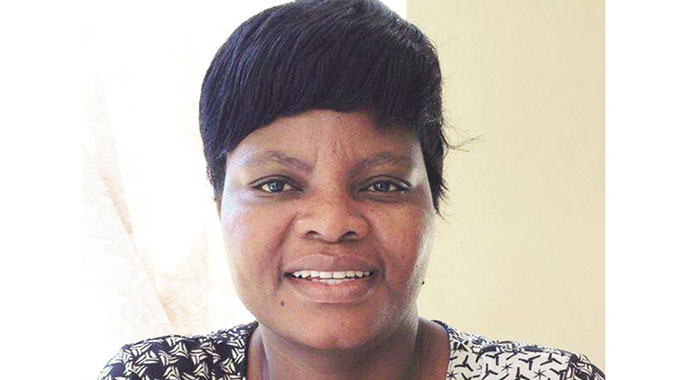 He added, “…In a suspension, someone will be called to answer the allegations. Thereafter, we will see where it takes us as a council.”

Among the allegations which led to the suspension was “gross incompetence”.

“We are worried with the service delivery that we are giving to our people. It is poor.

“Gwatipedza, being the accounting officer, she had to make sure that she brings service to the level residents expect,” he said.

Makombe outlined reasons for the suspension of Gwatipedza.

“Amongst some of the reasons which led to Madam Gwatipedza’s suspension are gross incompetence on her part, failure to supervise and monitor the departments such that at the end of the day, compromise service delivery in the city,” he said.

He was adamant the decision to suspend the city’s number one administrator by the MDC dominated council was not political.

“Let me make it clear that this is not a political decision. This has nothing to do with politics. This is purely an issue of employment where one is supposed to be accountable and provide the direction of the city.

“She was here employed on merit. As council, we were not happy with the way things were being done in the city,” he said.