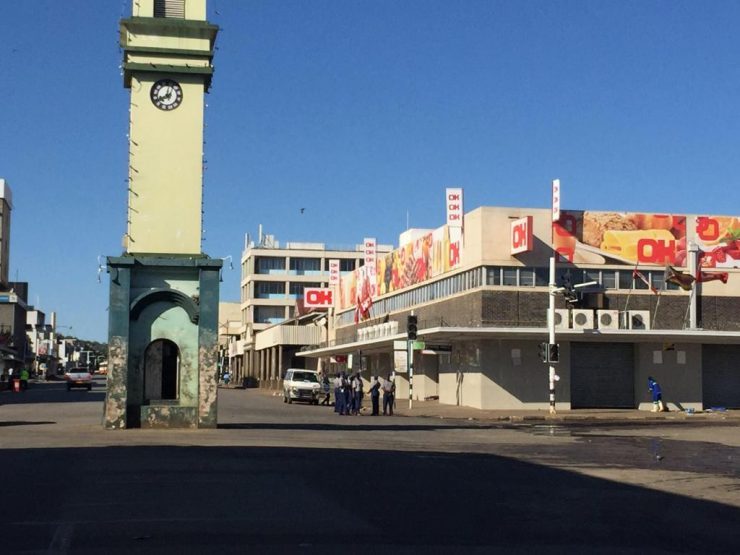 FED up Gweru residents are set to protest against poor service delivery after efforts towards engagements with city officials have hit a snag.

Residents, through their associations, have notified police of their intention to stage a sit in at Civic Centre Monday, but reports suggest the law enforcers have banned the protest action.

It could not be immediately verified whether the demonstration would go ahead in spite of the decline by police to clear it.

Wrote the angry residents to police, “Despite several attempts by the Residents Association collective to have several service delivery issues addressed, Gweru City Council refuses to attend to our concerns.

“The concerns are representative of the challenges that council is not addressing city wide, thus affecting the well-being of residents,” read the notification letter to the police.

Stakeholders accuser the local authority of failing to fix challenges bedevilling the city, which include water shortages, potholed roads and streetlights.

“Grievances include estimated and unrealistic water bills for a commodity that is rarely available, the un procedural implementation of the rebasing of the 2022 budget, water disconnections without court order, property seizures by the Messenger of Court and the social implications and suspected contaminated water and the outbreak of water borne diseases, which council continues to ignore after various letters that have been wrote to GCC (Gweru City Council) to address the issue.”

“It is with a heavy heart that, residents of Gweru have asked us to engage your esteemed office after ward consultations to notify you of the planned mass sit-in- to be held at Town House (Gweru) Municipal Buildings.